We've had such mild weather here for the month of January. Beautiful days up to 67*! The flowers and the birds are so confused! My bulbs are all coming up! 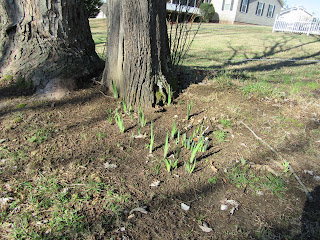 The robins have come back by the droves! I got up one morning and the back yard was covered in them. I started counting and gave up at 30! Tried to get pics but they are a bit blurry and I was scaring them away 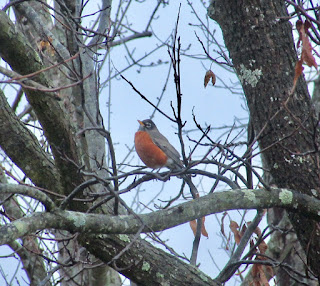 A town near Knoxville was having trouble with Starlings. They came back by the thousands and were hanging around really making a nuisance so they had to get out the big guns! Some kind of propane things that make really loud booms and after a couple days of that the birds moved on. That would have been something to see!

We did have a three day cold snap early on with a bit of snow and the birds were flocking like crazy to the feeders during the bitter cold! One day we had 6 male cardinals and 6 females at the feeders! Junco's and one Rufous-sided Towhee even showed up! That was a first for my feeders. 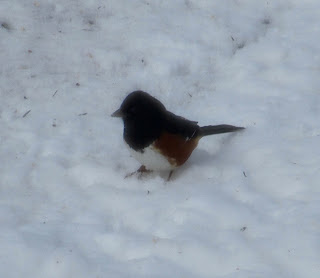 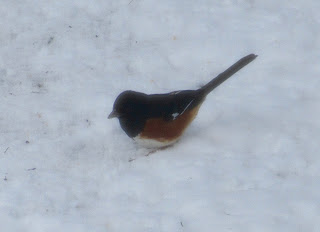 But this morning we woke up to heavy frost. Winter is back! Seasonal temps expected now, which isn't bad for winter here. In the forties during the day and thirties at night. If the bitter cold brings the birds like it did those few days the first of the month though, I won't complain about it. I never get tired of watching them!
Posted by Peggy Arthurs at 11:54 AM