After a lovely visit with James Oswald and his partner, Barbara we rode over to roam around Balmerino Abbey and the little village of Balmerino. Gorgeous area. 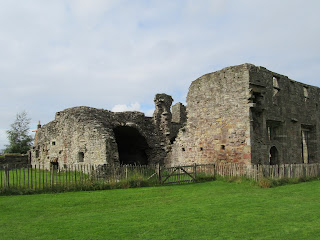 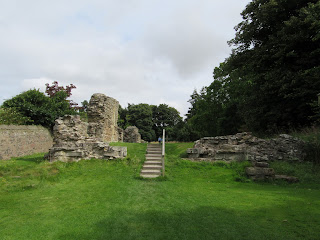 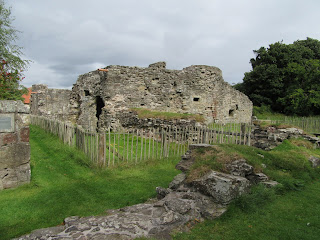 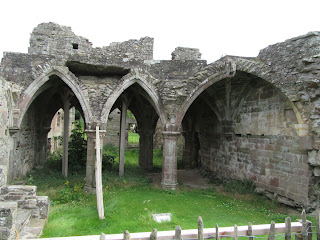 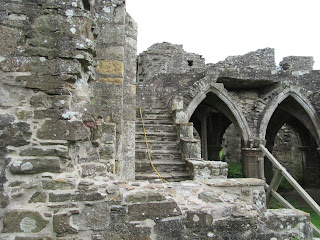 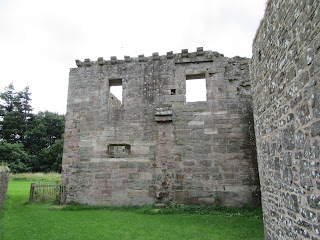 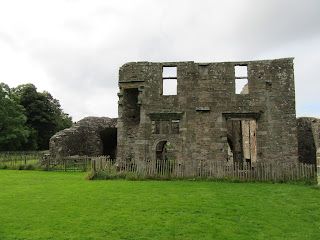 Tradition claims that this Spanish Chestnut was planted by Queen Ermengarde at the foundation of the abbey in 1229. However the National Trust for Scotland has taken core borings which indicate that it is between 400 and 435 years old. It has props all over to hold up its old branches! 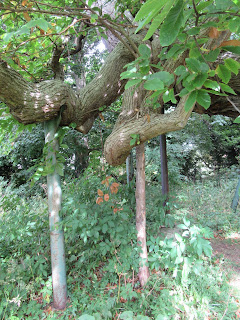 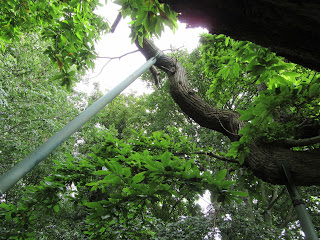 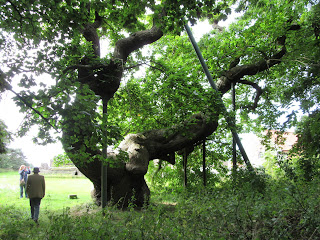 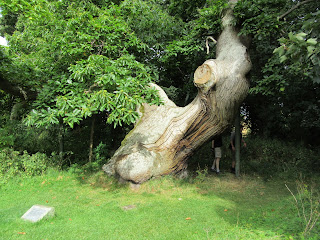 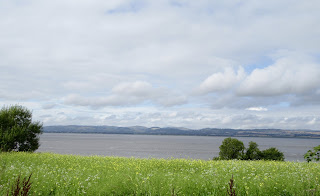 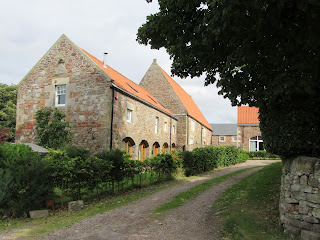 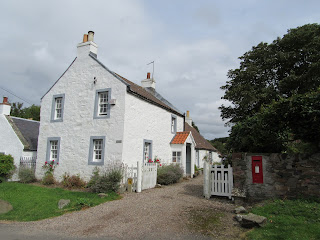 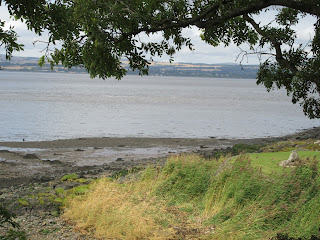 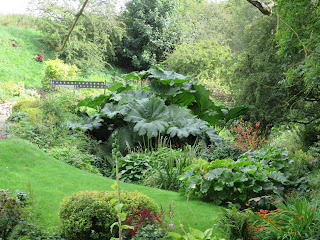 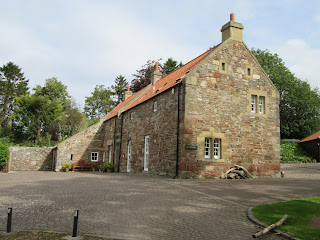 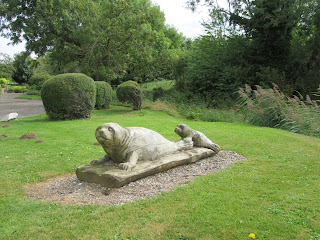 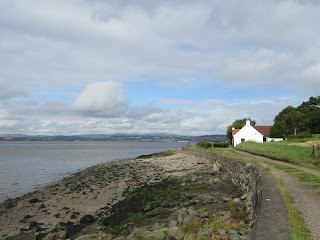 This is just a ruin along the road not far from James Oswald's farm. He told me it was the ruins of Ballinbreich Castle, once home to the Leslie family IIRC.  The big house behind it across the Tay is Errol Park 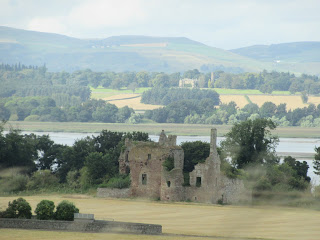 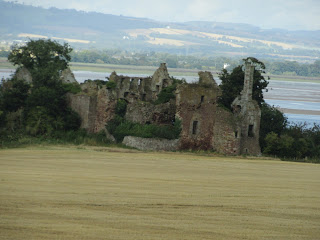