On down the road from the Thomas Amis property is the lovely old town of Rogersville. We spent a gorgeous afternoon roaming around the shops and had dinner at Oh Henry's restaurant. Rogersville is one of the early towns in Tennessee, settled in the early 1780's by an Irishmen named Joseph Rogers. He married Mary Amis, Thomas' daughter.

Davy Crockett's grandparents had a cabin beside Crockett Creek running through town. They were massacred by Indians in 1777 and are buried in the Rogers Cemetery as is Joseph Rogers. We didn't go to the cemetery and look, but I'd love to one day. I'll show you their headstones when I do!

The town square has historical buildings on each of the four corners. The Hawkins County courthouse is the oldest Courthouse still being used in the state, built in 1836. Across the street is the oldest continuously operating Masonic Temple lodge in the state, chartered in 1805. The building itself was built in 1839 as the first branch of the Bank of the State of Tennessee. It failed just after the Civil War as all its assets were in Confederate money and bonds. The Hale Springs Inn, built in 1824, and the Kyle House sit on the other two corners. The Kyle house was built in 1837 as a 22 room mansion for William Simpson. During the Civil War Confederate soldiers and officers were housed here. The Union officers and soldiers were housed across the street in the Hale Springs Inn.

The first Tennessee newspaper was printed in Rogersville on November 5, 1791 and there is a newspaper museum housed in the train depot. 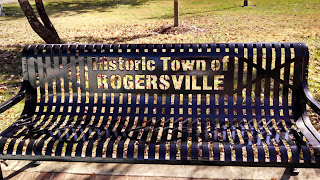 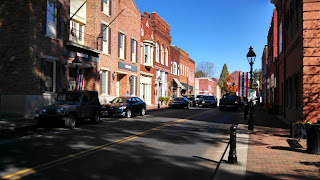 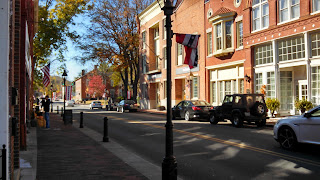