Johnson's great granddaughter lived in this Greek Revival style home most of her life and in the late '30's went to Washington, DC to meet with Roosevelt and numerous senators about preserving this house. She would give tours sometimes dressed in her great grandparents clothes! It is furnished with the Johnson's furniture and items. During the Civil War it was occupied by soldiers and had to be totally renovated when the Johnson family returned after his presidency. When the house was renovated by the government back to how it looked when Johnson lived in it they left exposed a couple places on the walls where soldiers had drawn graffiti and scrawled their names... 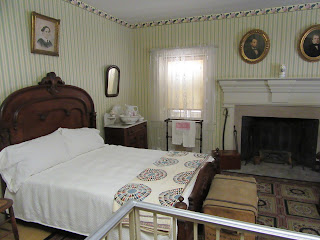 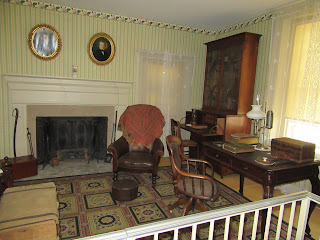 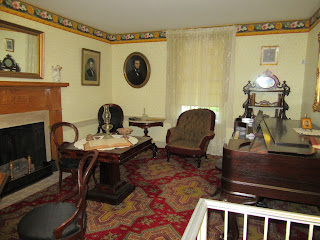 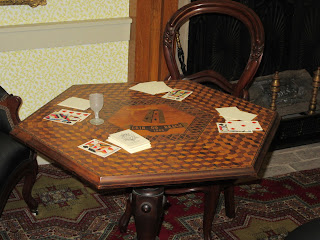 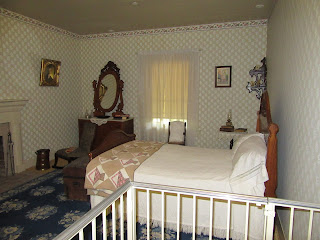 His wife Eliza's room and her 'sick' chair. She suffered from tuberculosis for many years 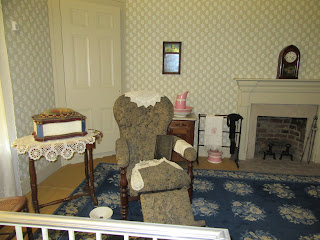 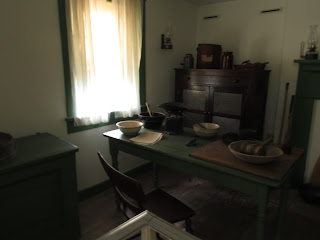 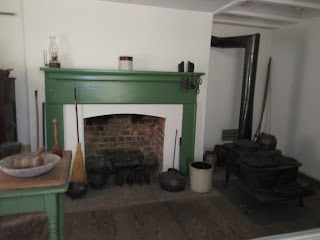 One of the very first sewing machines 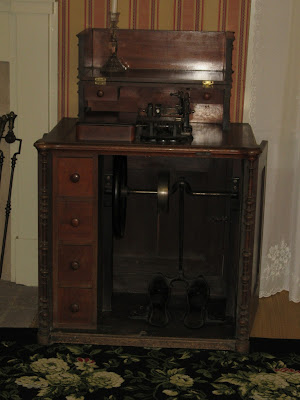 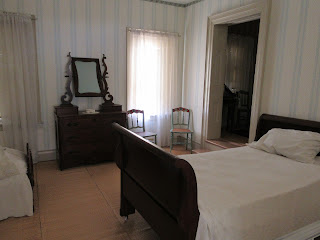 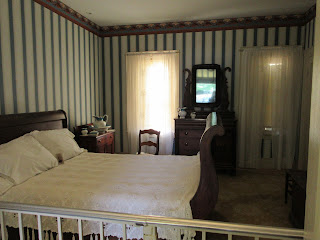 Robert Johnson's room. The second son, battled tuberculosis and plagued with depression, and alcoholism. he died in this room from an overdose of laudanum at the age of 35. This is the nightstand with his diary pages and laudanum bottle. 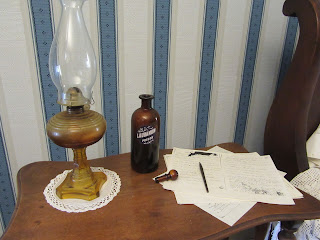 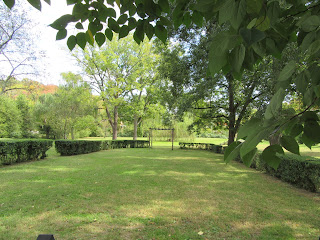 Back yard. This willow tree is a descendant of the original willow planted by Johnson in early 1850's. There are several of them. They are very old. 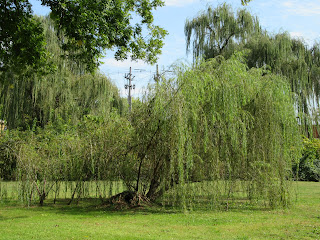 The Johnson's had 5 children, three sons and two daughters. Johnson lost his wife and two sons to tuberculosis. His oldest son Charles was a practicing physician as well as a partner in a drug store in Greeneville and part owner of a newspaper, the Greeneville Spy. He opposed Tennessee's secession from the Union and he served in the Union Army as an assistant surgeon in the Tenth Tennessee Infantry. He died when he was thrown from a horse outside Nashville when he was only 33.  Robert was a lawyer and followed in his father's footsteps and became a state legislator. He also served in the Union army during the Civil War as a colonel of the First Tennessee Cavalry. When his father became president he went to Washington to become his private secretary. He is the son that died from laudanum overdose. Andrew the youngest son became a journalist and co-founder of a newspaper called Greeneville Intelligencer at the age of twenty-one. He married in 1875 and died of tuberculosis, contracted as a child, at the age of 26. He had no children.  The oldest of his children was Martha, born while he was working to establish his tailoring business. She married David Patterson and had two children.  She accompanied him to Washington when he was president and assumed the duties of White House hostess and refurbished the executive mansion in her mother's stead as Eliza was so sick with tuberculosis. Martha died in 1901 at the age of 73. Johnson died at his daughter's house while on a short visit there in 1875 and his wife Eliza died six months later.

War brought hardship to the Johnsons. although the state was under Union rule by 1862 - Johnson became military governor - the Confederates still occupied pro-union East Tennessee. They harassed Johnson's sons and sons in law for their Union stand and confiscated Johnson's property, using his house as a hospital and army headquarters. Eliza and other family members and some of their slaves escaped through enemy lines. They did not return to their home until 1869. Johnson freed his slaves but they chose to stay with the family for sometime working for them and earning wages.

Johnson was a Fiscal Conservative and a Constitutionalist and was the only sitting president that returned as a senator. He died the richest man in Greeneville with an estate surpassing $200,000. A lot of money back then! Pretty good for a poor little fatherless boy! By 1840 he owned a 350 acre farm east of town along with flour mills and town lots. He was buried in the family cemetery on Signal Hill and his children donated it to the federal government to make it into a National Cemetery. I haven't been there yet. Thats for another day! If you like history, there is a lot of it here in Greeneville!