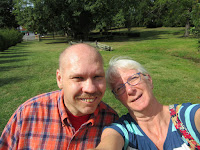 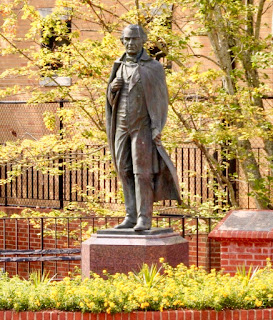 This is me and my neighbor Jay. He and I had a date a few weeks ago and went to tour the Andrew Johnson National Historic Site in Greeneville. Andrew Johnson was the 17th president of the US. Lincoln's vice president, he took office after Lincoln's assassination.   He had the tough job of restoring the Union and opposed radical reconstruction. Johnson faced much opposition with an activist congress and in 1868 they employed a radical constitutional remedy Presidential impeachment! They impeached him for violating Tenure of Office Act, but in May he was acquitted. Johnson signed
the purchase of Alaska Territory in 1867 and in 1868 he proclaims general amnesty for secessionists.

Johnson was born in Raleigh NC to a hotel porter and his wife. His father died when he was 3 and they lived in poverty. He was apprenticed to a tailor as a child but ran away at the age of 15. He eventually settled in Greeneville, TN a prosperous Scot-Irish town. He met and married Eliza McCardle, the daughter of a shoemaker and tavern keeper. Mordecai Lincoln, a relative of Abraham Lincoln, performed the marriage in 1827. Just a little coincident in life, that he would later serve as Lincoln's vice president!  He never attended school but loved words and books and learned to read and always supported higher education.


He opened his own tailor shop in Greeneville and was a prosperous businessman. The federal government bought his homes and tailor shop one at a time from his family. His tailor shop is preserved for viewing by the state building a brick building around the shop so it is literally sitting inside of the visitor center! 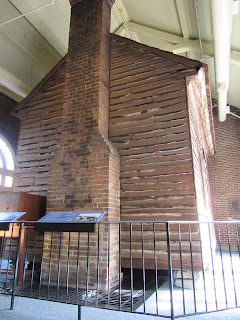 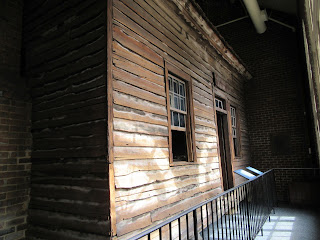 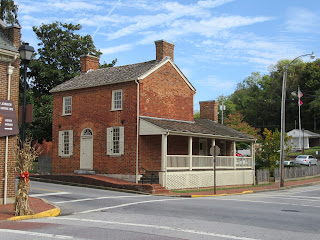 <    Johnson's first family home in Greeneville became a center for politics as he became more and more involved in local politics. He loved to debate. 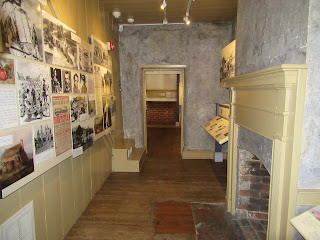 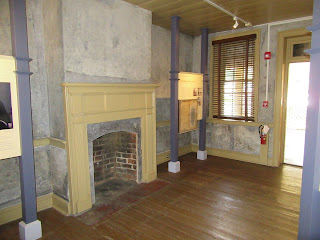 These are a couple of old pictures of Greeneville and his tailor shop that were on the wall in the museum. 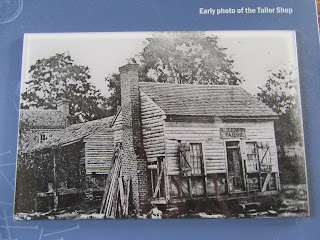 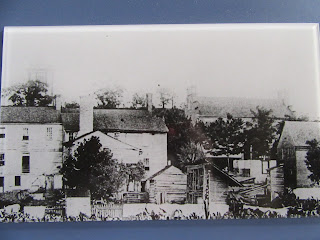 The museum is very nice, a nice film about his life and lots of memorabilia. This is his desk he used when he was military Governor of Tennessee during the Civil War. He took it with him when he traveled out on the battlefields! 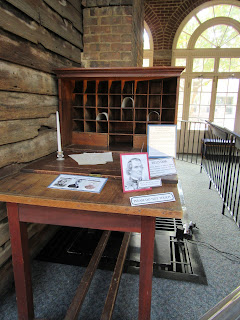 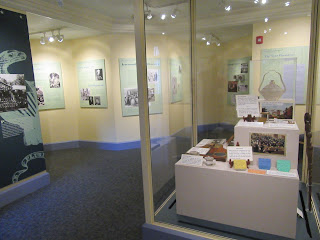 With politics and State offices taking him away to Nashville for long periods of time he gave up his tailor shop, selling the business, but keeping the building. In 1851 the family moved from the small brick house he had bought in the 1830's to a larger house - The Homestead. Luckily his family continued to live in and maintain these homes and buildings and eventually donated them to the State with all the original furnishings! Tomorrow I'll share the Homestead with you and give you the low down on his tragic family story.