My Mountain and Birds

We've got some exceptional photos of the mountain lately, thought I'd share them with you.

The sunrises have been lovely lately. When I get up the house is bathed in golden light coming in from the sunrise. I find myself getting up early just to see it. On this morning there were lots of clouds to make it really spectacular! 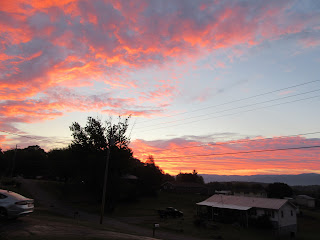 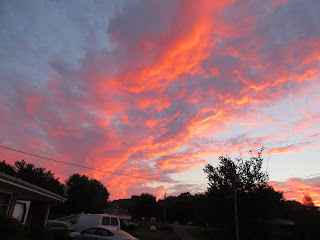 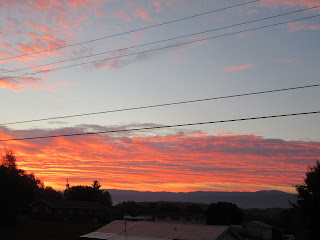 And the mockingbirds are back so the air is filled with their songs in the morning! 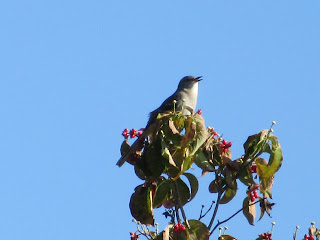 And the Pileated woodpecker was around again and I got a great shot of him! 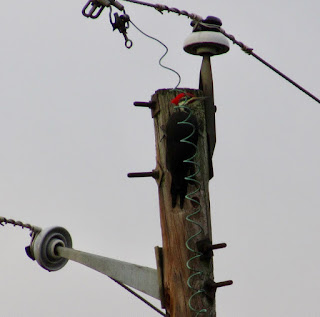 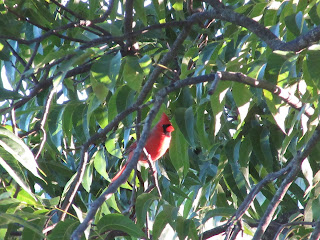 check out this sunset! My company was still here and all four of us were out in the front taking pictures. The pic doesn't do the color of blue behind the clouds justice. It was unbelievable!

The bright hunter's moon the other night was reflecting off the metal roof of my neighbor's house... 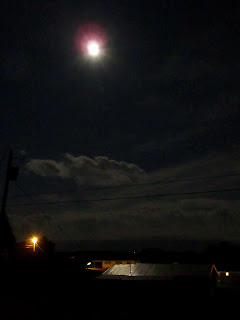 and finally we are starting to get color on the mountain! The last two weeks of October, first week of November are suppose to be the peak here from what I've heard. I used the vivid setting on the camera because it never catches the real color I see. 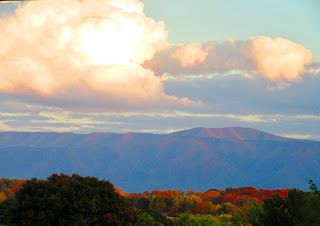 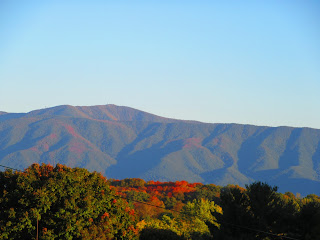 Driving home from Johnson City at dusk the other night was absolutely magical. The sky was bathed in gold, I was driving towards the west and it felt like I was driving into a mythical land. No pictures though. I love this place!
Posted by Peggy Arthurs at 12:00 AM