A neighbor and I went to the Andrew Johnson National Historical Site downtown a couple of weeks ago. It was a beautiful day and we walked from one building to another through downtown. I took some shots along the way.

Greeneville TN is the only state in the US with monuments to both Union and Confederate in the Civil War. I've mentioned before that Greene County asked to fight for the Union when Tennessee was pulled into the war and we were a hotbed for abolitionist activity. One of the first women of color to be a landowner was a resident of Greeneville, Nellie Vanvactor.

Monument to honor the men of Greene County who stood by their beliefs and left to fight for the Union Army is at our court house... 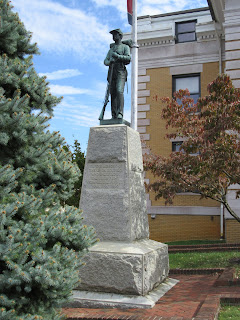 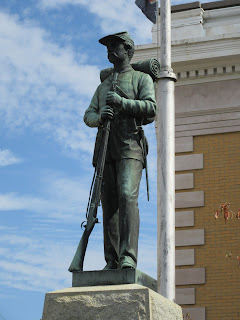 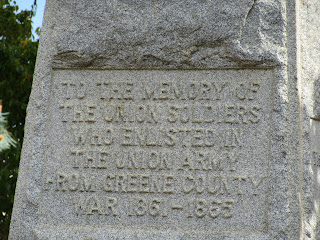 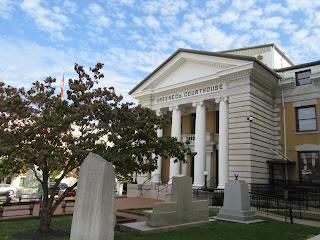 Makes me proud to live in Greeneville! Here and Here are a couple sites to look at Civil War history here in Greene County.

Pictures of my downtown... 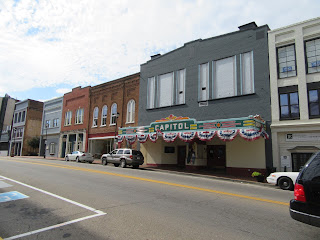 The Capitol Theater was opened in 1934. Rumor had it was to be turned into a parking lot in the '90's. A group purchased the building and renovated it. Today it's a vital part of our downtown scene. I've been to several shows here. I love it! Read about it here. 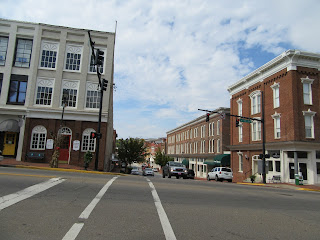 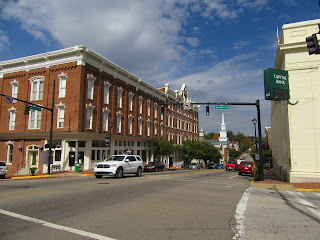 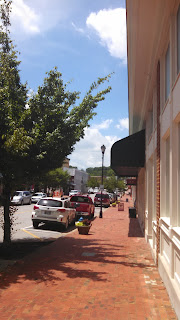