Ever been to Clingman's Dome at the top of the Smoky Mountains? No , well come on up with us.
I was quite surprised to see that it is one of the three highest peaks east of the Mississippi, even higher than Mt. Washington in New Hampshire! I thought that was really high! Clingman's Dome has it beat by 400+ ft.! Mt. Washington has a weather observatory at the peak and has some of the wickedest weather ever that changes rapidly. It is 6,288 ft. compared to Clingman's Dome's 6,643 ft., highest point in the Smokies, in Tennessee and on the Appalachian Trail. Click on the pics to enlarge. 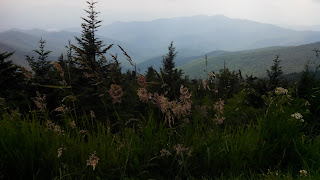 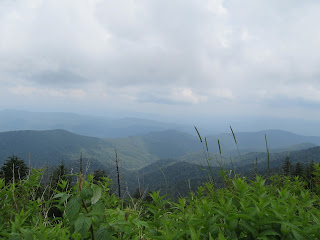 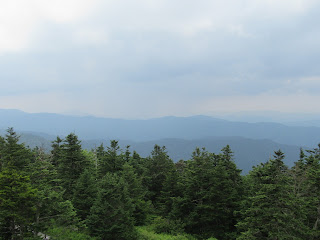 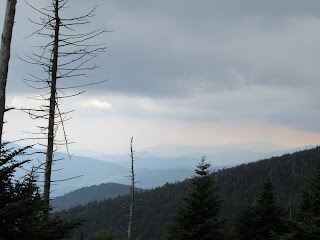 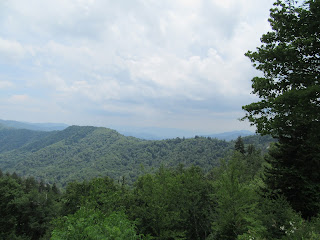 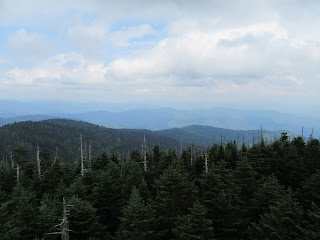 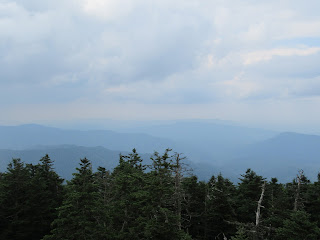 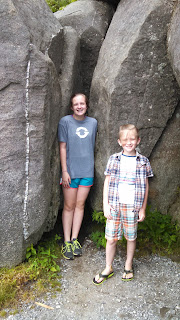 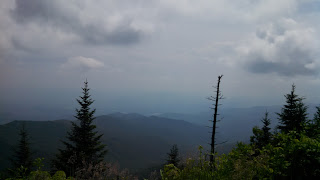 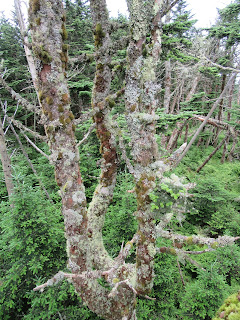 This tree was interesting, if you enlarge it you can see that even though it looks dead there is one spot of new growth on it. Tough old tree won't give up. The balsam woolly adelgid came through the Smokies a while back and killed the fraser firs. It was quite creepy up on the Dome when they were all dead. It was nice to see lots of new growth this time, although as you drive through the Smokies you see lots of dead trees still. Here's a nice write up on the trees and what assails them if your interested. The hemlock woolly adelgid is now killing off the hemlocks in the park. I have one hemlock in my yard and my son, Paul, who is an arborist, showed me that it has the adelgids all over it too :(

Next up a trip to Mingo Falls!

Peggy Ann
Posted by Peggy Arthurs at 11:38 AM