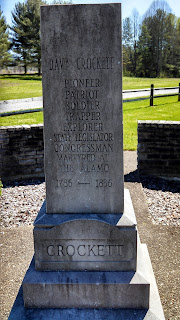 Right up the road in Limestone is the birthplace of Davy Crockett. The actual cabin is long since gone but they've built a replica and made a State Park at the site. We walked around there Sunday after the flea market. It's a very nice little park. The homestead, a swimming pool, playground and small campground. Lots of nice picnic areas and shelters too. The park sits beside the Nolichuckey River.

Davy's grandparents were among the families to join the western migration into the Appalachian Mountain region. Settling in what we now know as Eastern Tennessee in 1775. With the influx of the White man Indian hostilities grew and in 1777 (referred to as the terrible sevens) Davy's grandparents were killed by Indians in Rogersville TN. His father John escaped and became one of Isaac Shelby's rangers and fought with hundreds of other Overmountain Men to defeat the British and the Tories at The Battle of Kings Mountain. Click on the links if you'd like to read up on the history of these things!

Davy was born in Limestone, TN on August 17, 1786, three years after we won our independence from Britain.  He was born into extreme poverty and danger, the inheritance of every frontier family of the time, post Revolutionary War.  He was fifth of nine children. 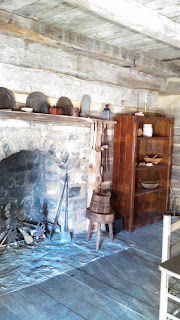 This is interior shots of the cabin. Thats pretty much the whole downstairs! Then there's a loft upstairs for sleeping. Can't imagine a whole family living in such close quarters! Talk about getting on each others nerves! 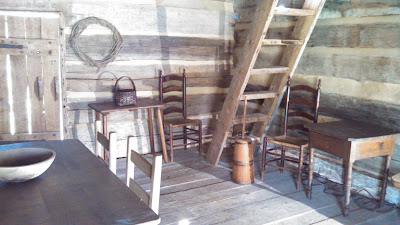 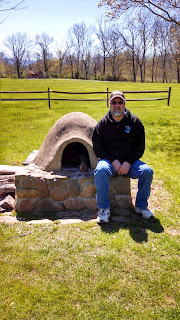 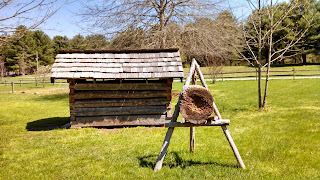 I imagine this is the baking oven and what must be a target for practicing shooting? 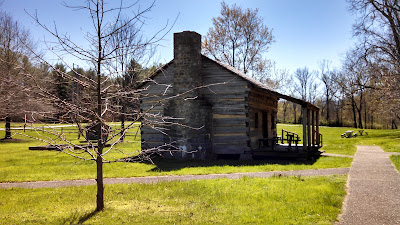 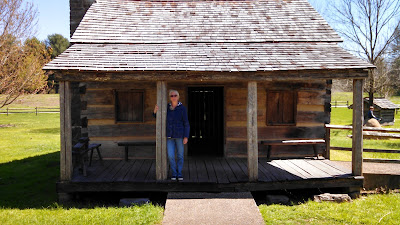 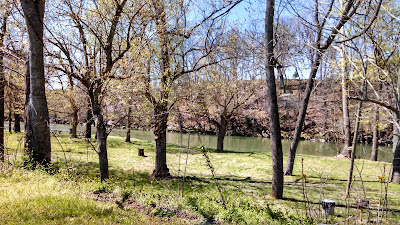 This area was inhabited by the Cherokee in the early 1700's. The British insisted it was part of the colony of North Carolina. In 1784 the region was included in the formation of the State of Franklin which only lasted until 1789 and by 1796 became part of the new state of Tennessee.

There are several nice signs with info on them at the park like this one charting his westward movements across the state. Of course he ended up in TX dying at the Alamo. 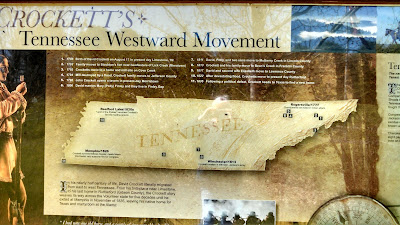 I think this will be a nice park for us to frequent for simple picnics and walks.  There really is a lot of history here. Looking forward to discovering it all!