Crime Fiction with a Scottish Accent 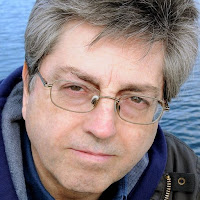 For many years, decades even, you’d’ve been hard-pressed to find mainstream crime fiction written by Scots and actually set in Scotland. Or God’s Country, as we like to call it. Yes, I know other parts of the world, especially the good ol’ US of A, lay claim to that but I’m sorry, you’re wrong.
Anyway, although there were a few notable entries in what would eventually be dubbed Tartan Noir (Plaid, if you’re an American cousin), the whole thing began in earnest with the Late William McIvanney and a cop called Laidlaw.
They led to Peter Turnbull, Ian Rankin, Alex Gray, Lin Anderson, Caro Ramsay, James Oswald, Christopher Brookmyre, Craig Robertson, Stuart McBride, Val McDermid, Peter May and so many more authors who rolls their ‘r’s and eat flat sausage (well, some of them).
In fact, you cannot throw a stone in Glasgow’s Argyle Street without hitting at least one crime writer and another two on the rebound. Stone throwing is not advisable, however - Police Scotland are very touchy about that sort of thing.
I write crime thrillers set in Glasgow. They have a Scottish flavour – yes, people eat flat sausage – but that doesn’t mean they wear tartan and play the bagpipes.
I’ve always contended that the storylines themselves could be set anywhere. The characters, their accents apart, are universal. That’s why I keep the phonetic dialogue to a minimum, just enough to give a feel for the rhythms and cadence of the Glasgow burr.
They’re not cosy. Glasgow’s underworld is a brutal backdrop and that is reflected in the plots and language.
My anti-hero, Davie McCall, does not swear, though. He may be a criminal and what we call a hard man but he has a code.
He doesn’t hurt women or children and can be vicious with those who do.
He avoids involving ‘civilians’.
He doesn’t hurt animals – and again deals sharply with anyone who does.
He doesn’t use firearms or knives, although in a clinch he will use anything else that’s handy. Because when he’s in a fight you can be sure he’ll be the last man standing.
The fourth and final book in the series has just been published. It began with Blood City, continued with Crow Bait and Devil’s Knock and now Open Wounds.
Life hasn’t been easy for Davie. He lost his mother to a brutal father. He’s lost others close to him over the years.
He has, in short, had a hell of a time.
Is there a happy ending waiting for him in this final book?
Why you looking at me? I’m not saying…


Thank you Douglas for stopping by!

I just finished reading Open Wounds, watch for my book report on it! All I can say now is WOW!

Posted by Peggy Arthurs at 1:40 AM