I made a trip up to visit my kids in Maryland this week. I drove up on Sunday and came home on Thursday. 429 miles. Not sure I'll do that by myself again. Seems I'm good for about six hours and then it hits me and the last 2 are very difficult for me.

While I was there we took a day and went to Shepherdstown WV and roamed around and shopped. It is a very old, historical, quaint town. Chartered in 1762 by Colonial Virginia's General Assembly. It's 30 years older than the US! And in 1787 James Rumsey conducted the trial run of his new invention, the steamboat, in the Potomac River just off the north end of Princes St. The town also has Revolutionary War ties as 98 of the towns men went off to join  George Washington in Cambridge MA. They marched a long 600 miles in just 24 days in hot sweltering heat to join up in a cause they were willing to die for.  This march became known as the Beeline March. (And I complain about driving in an  air-conditioned car 429 miles!) There is also loads of Civil War history here! The battles were all around them. Its very near the Antietam Battlefield. Shepherdstown receives visitors interested in history, from all over the world. 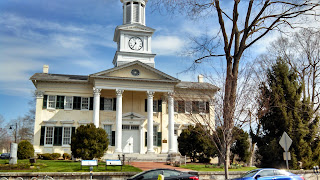 Take a walk through Shepherdstown with me.. 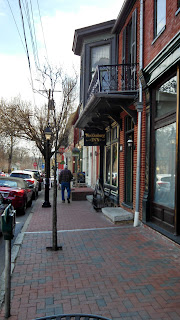 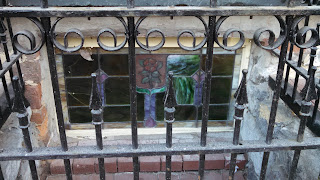 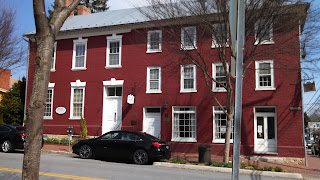 Entler Hotel has a rich history you read about here. It was also used as a hospital during the Civil War as Shepherdstown was a field hospital for the wounded after the Battle of Antietam. 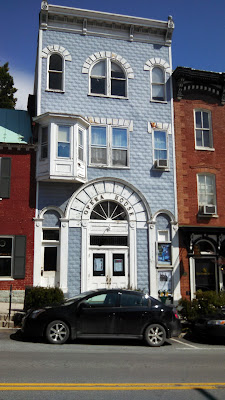 The Opera House was built in 1909. It was fitted with the earliest motion picture projector and was showing as many as three films a week. In 1928 it became the first motion picture theater with sound in WV showing the new fangled 'talkies'.

The Opera House was closed in 1956 by the original owners and sat dark and silent for many years. After extensive renovations following the The Department of the Interior's guidelines for historic structures it reopened in 1992. The new owners showed American independent and foreign films. In 2004 they added new sound and lighting and now in addition to wonderful double showing film nights they host musical acts as well.

We ate lunch at Betty's Restaurant and that was the best hamburger ever! It's a very small restaurant with a fantastic menu. There is a small train that runs around a track up high on the wall. Ian said he was going to make a train that delivered your food to your table. He enjoyed the train! I'll definitely be going back to Betty's! 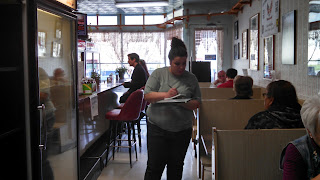 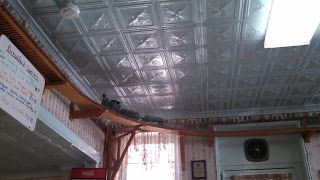 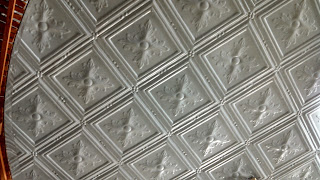 Isn't this a lovely ceiling? It's light blue but its showing up white in the photo.
There is a tiny house in Shepherdstown too. Not sure what its all about but it's cute. It's opened on occasion and you can actually go inside it. Here's a pic of it with 8 yr. old Ian standing in front of it for you to get a sense of its size. 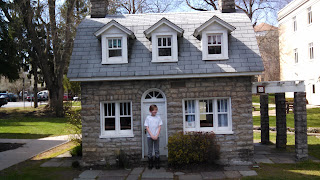 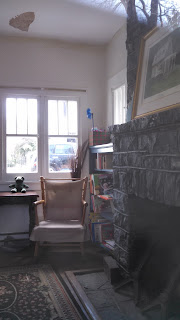 This is a picture through the side window to the left of Ian.

Lots of great gift shops, very artsy town. Here are a couple of cool things we saw...
first a rooster made of cutlery... 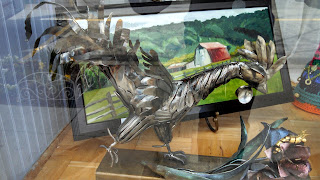 Here's a couple animals made out of all sorts of parts... 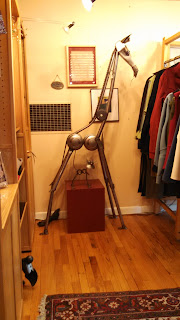 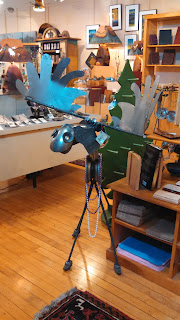 There was one book store and they had used books upstairs. I got a lovely Eudora Welty book, The Ponder Heart, and three Flaxenborough books by Colin Watson. All lovely hardbacks... 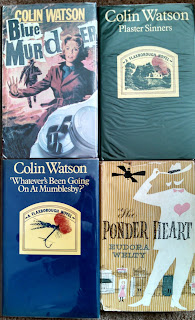 There was an art store going out of business so we stocked Paul up on oil paints and a few watercolors as well. Art supplies are so high! Their coming here this summer, maybe he'll paint my mountain for me! :)

A lovely day. If your ever in the vicinity I highly recommend an afternoon in Shepherdstown. If you like history a weeks vacation in the area would be heaven! Civil War all around you. Most of the homes on Main Street were built in the 1700's! Lovely town.

Posted by Peggy Arthurs at 1:10 PM