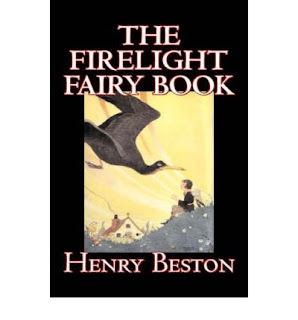 Get this book HERE 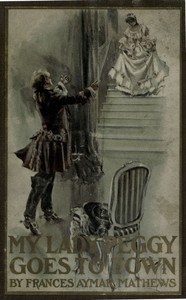 My Lady Peggy Goes to Town by Frances Aymar Mathews

Jaunty Jock by Neil Munro
A collection of short stories.

Neil Munro (1863 - 1930) was a Gaelic-speaking native of Argyllshire who spent most of his working life as a journalist and writer in Glasgow. He is universally known for his humorous Para Handy Tales which first appeared as newspaper sketches and which forever associate him with the West Highlands. His more important literary work includes a series of historical novels and some outstanding short stories - indeed, it has been suggested that Munro is one of Scotland's best short story writers.

I've read some of his Para Handy stories and he is a wonderful story teller and writes wonderful characters!

You might want to checkout The Daft Days by him too.

It is the story of a little American girl, Bud, who has lost her parents and comes to stay with her relatives in a small Scottish town (clearly based on Inveraray). She progresses, thanks to her enlightened but only semi-liberated Aunt Ailie, to become a Shakespearean actress in London's West End - in spite of the negativity of the Scottish education system and the background of social and religious attitudes which regarded the theatre as unsuitable and rather sinful. It is especially interesting because it confronts the problem of the female creative artist in a society whose mores inhibit the expression of her talent. 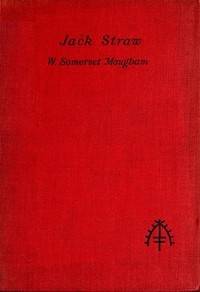 Jack Straw: A Farce in Three Acts
W. Somerset Maugham
Posted by Peggy Arthurs at 12:00 AM