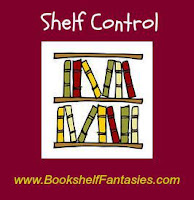 Shelf Control is all about the books we want to read — and already own! Consider this a variation of a Wishing & Waiting post… but looking at books already available, and in most cases, sitting right there on our shelves and e-readers.

Want to participate in Shelf Control?
Write a blog post about a book that you own but haven't gotten around to reading yet.
Post a link to it @ Bookshelf Fantasies Shelf Control 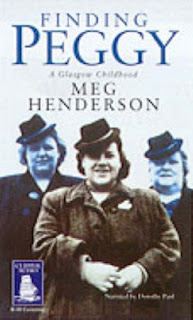 Back cover :
A True, shocking and humorous account of life in a Glasgow slum

Scottish journalist Meg Henderson grew up in Glasgow during the fifties and sixties as part of a large and often troubled family. The tenement block in which they lived collapsed and they were moved to the notorious Blackball district, where religious sectarianism, gang warfare and struggles with hostile bureaucrats were part of daily life for the people. Meg was born into a mixed-religion family, where there was warmth and laughter as well as conflict. She had a close relationship with her mother, Nan, and her mother's sister, Aunt Peggy, two idealistic, emotional women who took on the troubles of the world. Together they shaped Meg's life, shielded her from the effects of her father's heavy drinking and helped her to move on, eventually, from the slums of Glasgow.

A hopeless romantic, Peggy searched for a husband until late in her life and then endured a harsh, unhappy marriage until she died tragically in childbirth. Her death devastated the family and destroyed Meg's childhood, but it was only as an adult, after the death of her own mother, that Meg was able to discover the shocking facts behind Peggy's untimely demise.

When and where I got this book:
I picked this book up at a library book-sale a couple of years ago.

Why I want to read this book:
I first was drawn to it because of the title as my name is Peggy too! Set in Scotland and written by a Scot was icing on the cake for me! Everyone that knows me, knows I love Reading Scotland.