If you want to see narrow roads stop by Lower Largo! A gorgeous small fishing village in Fife. There's not much there other than a small local theater group and lovely scenery. Their one claim to fame is the 'real' Robinson Crusoe. Daniel DeFoe based his book on a real man, Alexander Selkirk. He was born and raised in Lower Largo. There is a statue on the house he was born in.

Selkirk was born in 1676 and is famous for spending 4 years as a castaway on a deserted island. By all accounts he was a problem children and was brought up on charges for misconduct of some kind at church. He ran away to sea to avoid appearing before the Kirk.  He became involved in a number of buccaneering expeditions and in 1703 hooked up with privateer and explorer William Dampier. After several encounters with Spanish ships their ship, Cinque Ports, called in at the uninhabited Juan Fernández Islands, 400 miles out into the Pacific from the coast of Chile, to restock on water and provisions. By this time he had fallen out with Dampier and was leery of the ships safety and asked to be set on the largest of the islands. He lived alone on this island for 4 years 4 month and was picked up in 1709 by another privateer vessel captained by Woode Rogers and piloted by none other than Dampier himself. Seems he was right about Cinque Ports, it had sunk with all its crew apart from Dampier and 7 men off the coast of Peru. Rogers was impressed with Selkirk and gave him his own ship to captain and he went on to make his fortune. Rogers later wrote a book A cruising voyage round the world: first to the South-Sea, thence to the East-Indies, and homewards by the Cape of Good Hope which included Selkirks tale of his time on the island. From this DeFoe wrote the famous tale Robinson Crusoe.

Selkirk did return to Lower Largo in 1717, now a wealthy man. He didn't stay long though and left after a few months for London with a 16 yr. old dairymaid in tow. Within a year he was back at sea this time as a lieutenant in the Royal Navy . He married a widowed innkeeper in Portsmouth and ship logs show he died of yellow fever at the age of 45 onboard his ship HMS Weymouth off the coast of Africa in 1721.

Now that you know the story on to the pictures... 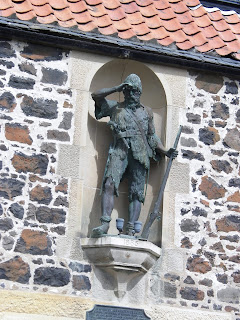 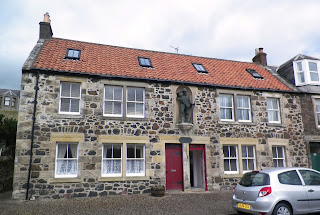 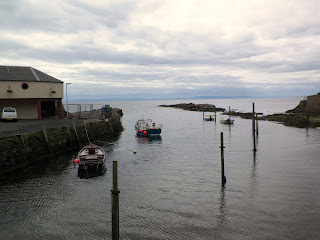 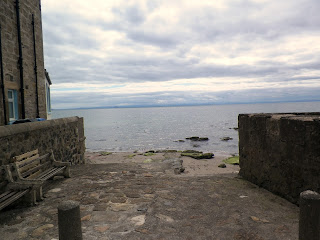 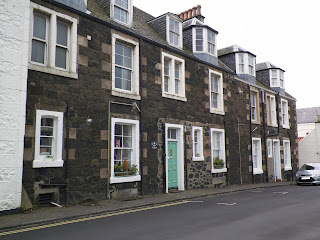 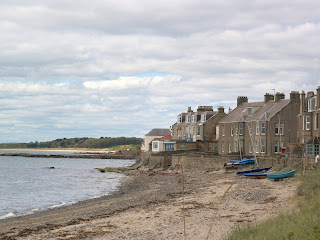 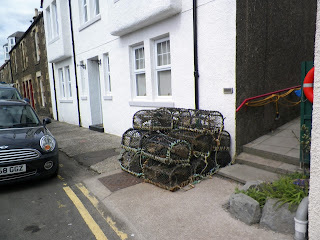 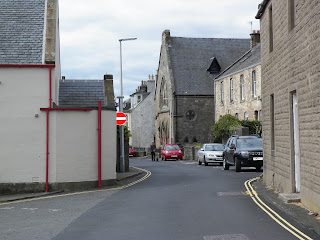 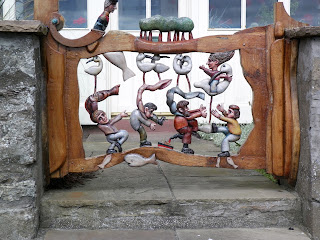 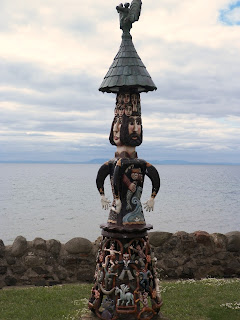 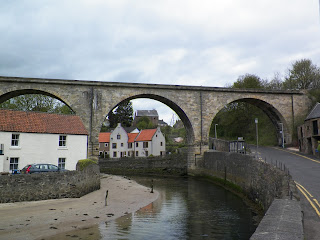 I got my info on Selkirk here and if your interested in what was going on in Scotland around this time check out the timeline here.
Posted by Peggy Arthurs at 9:18 AM