We got to Portland and it was fogged in at the Lighthouse. Perfect time to see it! So much atmosphere and that beautiful fog-horn!


You can read about this interesting shipwreck here and see photos here
. 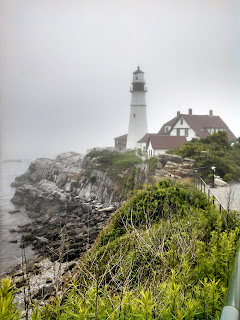 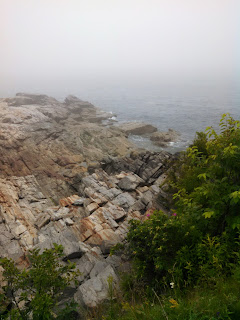 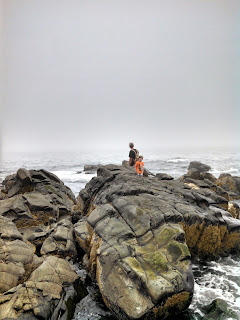 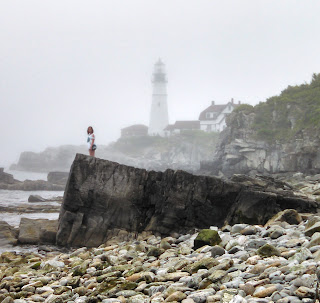 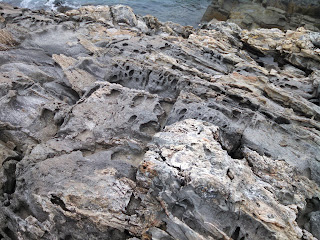 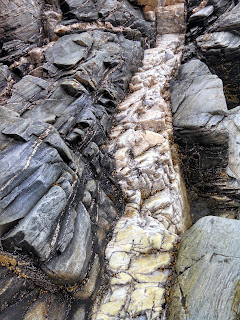 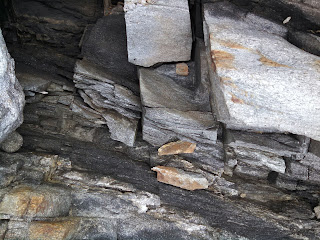 Gorgeous rock along the coast! Some had indention's some had what looked like granite streaks and some was in thin layers. Some really looked like petrified wood. Paul and the kids climbed all over the rocks. Lots of tidal pools with cool stuff in them. 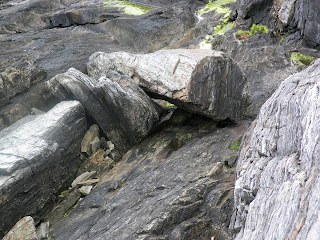 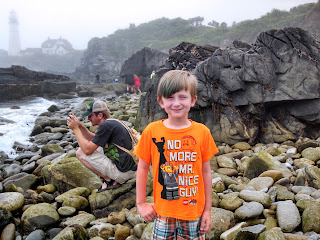 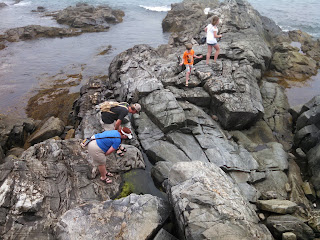 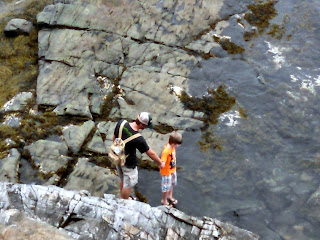 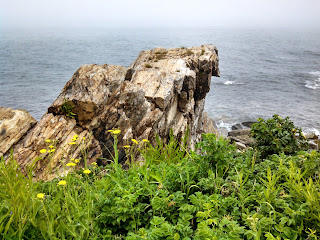 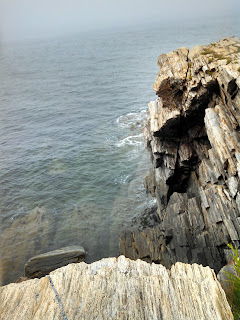 Just after we had walked past here and on down toward the fort, someone fell and rescue crews came and had to lift him up and took him out in an ambulance. We watched the news but never heard anything so we don't know if they were hurt or killed. The ambulance did not run the siren when it left. There was a young man running and being very careless as we left the area and Stephanie felt sure it was him that fell. 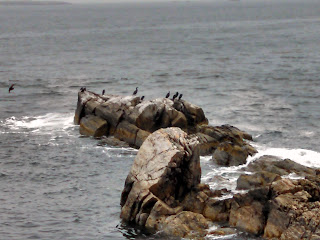 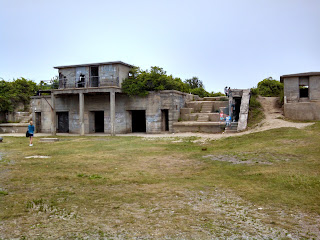 You can read about Fort William here

We went to the Wharf and the Old Port shopping area too but this was the only pic I took there.

While at the Lighthouse we met a man selling his art work. He fit the bill of an old Mainer to a tee! Long white beard and hair, red skin, sailor hat. Then he opened his mouth and by gosh he was Scottish! He's been in Maine for 8 years now. His wife was from Maine and she spent 30 years there with him so he said it was only fair. I bought 3 cards from him. Two with Scotland scenes and one of Portland Head Light. He was a joy to talk to. I didn't get a pic of him, darn it, and I don't want to post one from online so if you want to learn about Kris Kristiansen and his art work you can meet him here. He and his wife Marilyn have had booths at the light selling art and crafts for several years.

As requested by Katrina, here are the links to the 3 pictures I purchased on cards
Portland Head Light Pen & Ink
Highland Cows
Eilean Donan Castle
I love his black and white pen & inks the most! He didn't have any at his stand though.