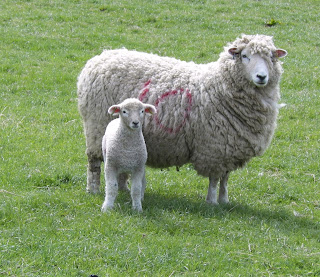 As you know I am always going on about author James Oswald's sheep and watching his lamcam during lambing season. James is one of my very favorite people!  Why? Because he's a good old soul, I have a radar for these things! And he writes a pretty good book :) He very graciously invited me to stop by the farm while I was in Scotland and see the lambing shed that I watch on lamcam and meet the stars of the show. Not only the sheep, but he took us up on the hill to meet the Heilin' Coo also! Thrilling day. 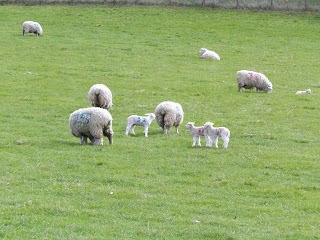 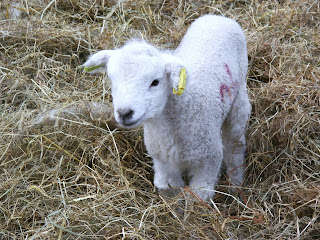 This little lamb was a surprise triplet and was so crowded in the womb one of it's front legs was all bent up. She couldn't walk or put it down. They did therapy on it and she's walking and doing great. You can see the joint is a little bumpy but she's doing well. 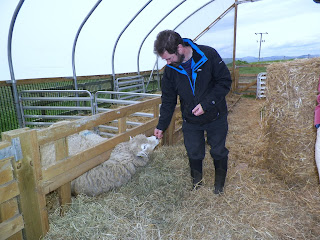 These pics are in the lambing shed. So cool 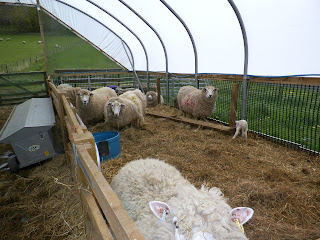 to see it in person! Only 2 ewe's were still waiting to lamb. The others in there were with their babies that have to be fed as mom has no milk or mom died. All are referred to as orphans. 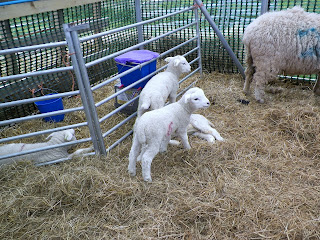 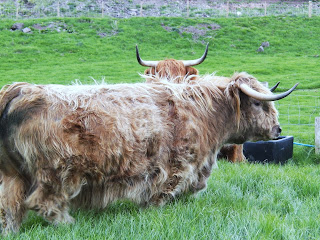 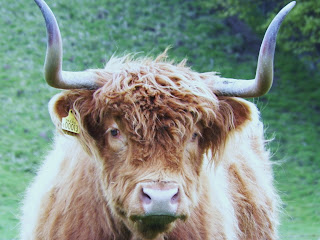 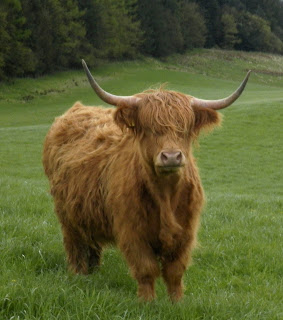 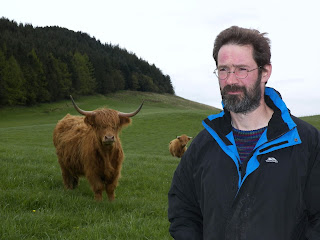 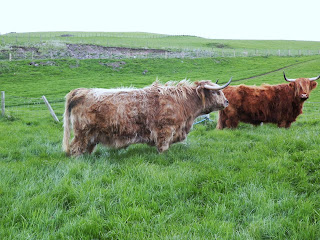 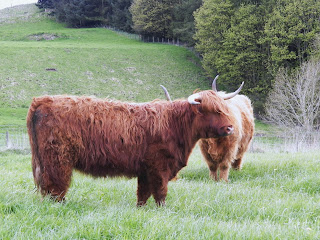 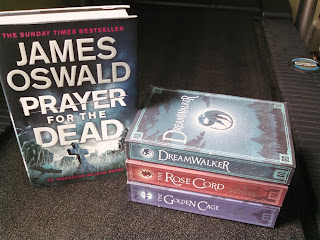 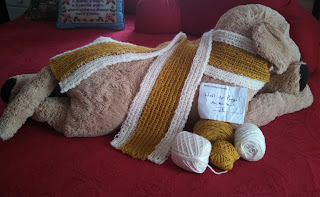 Before I left James made sure I went with copies of his books I couldn't get in the US. Penquin Books in the US picked up the first 3 in the Inspector McLean series but not the rest! We American's should bombard Penquin with requests for the rest of the series!  And the Sir Benfro series isn't published here either. My kids and grandkids read fantasy so these will be a special treat for them!

James and his partner, Barbara, have started a yarn business with the wool from the lambs. Fliskmillan Fibres. You can purchase wool from their lambs at The Woolly Brew in Pittenweem. If your ever in Scotland be sure to stop by there and buy some! They do mail order too, not sure if they ship to the US though.

I purchased wool direct from James and Barbara before they started selling through The Woolly Brew. He mailed it to Katrina in Scotland and she knitted me a little scarf! There is quite a bit left for me to do something with (as soon as I learn to knit!). She is determined that I will. I practiced while at her house, let's just say I don't have a natural talent for it! I will persevere though! I'm tenacious if nothing else. The library has knitting classes, I will look into that soon.

A wonderful memory of my trip to Scotland. Thank you again James for taking the time to show this crazy fan around the farm and meet you in the flesh! As soon as I learn to knit I'll be buying more of your wool!