Hello everyone! We made it home from our information gathering trip to Tennessee in one piece. We spent the week touring around different areas of eastern TN. to try and narrow it down to one or two general areas we want to live in when the boss-man retires next year. He was going to this year, but has decided to wait one (maybe two) more years. There's no predicting what this man will decide to do!! He is only turning 60 this fall so there's no rush.

It rained most of the week, but we did have a couple sunny days in the 80's! The dogwood and other flower trees were in bloom down there and most trees have new leaves already. We are still pretty bare here at home in Pennsylvania. 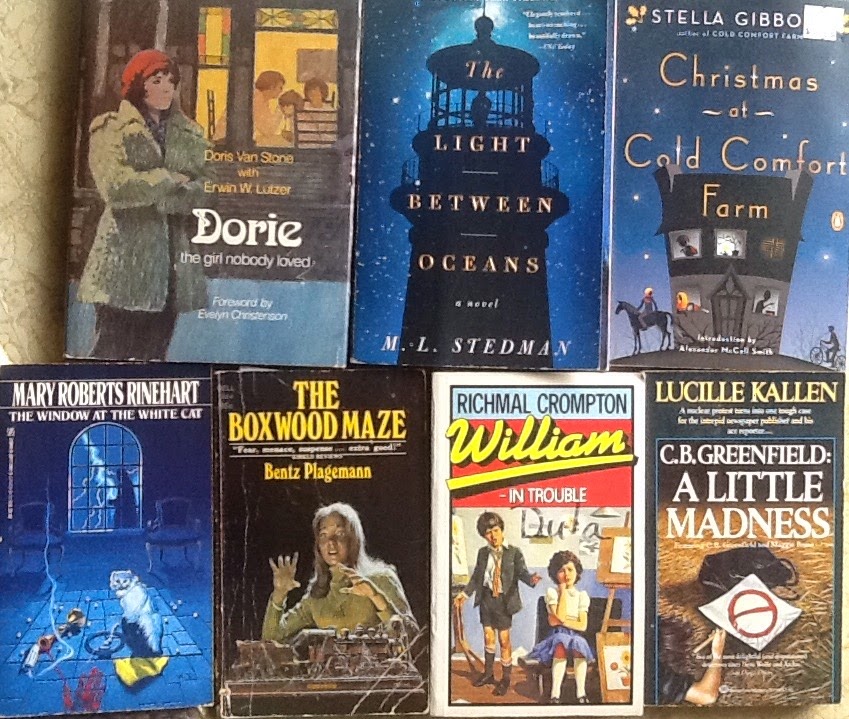 Every thrift store we saw, my honey stopped at! I love thrift stores but let me tell you, I was thrift stored out by the last couple days! We also hit all kinds of Walmarts as he wanted to pick up Tennessee Volunteers college football clothing and paraphernalia. He said at each new Walmart 'they might have something different!'. He'll be wearing a lot of orange! Their colors are orange and white. I did get some bargains on clothes and picked up 7 books.

Dory, the girl nobody loved (I saw her on TV once years ago)
The Light Between Oceans
Christmas at Cold Comfort Farm
The Window at the White Cat
The Boxwood Maze
William in Trouble
A Little Madness

While in the Sweetwater area (isn't that the greatest name for a town?!) we stopped at The Mayfield Dairy Farms visitor center and did a tour. That was really interesting. We saw how they made the milk jugs and filled different types of containers with milk and watched them package ice cream. Learned all about the cows they use for milk, Jersey cows, and lots of facts and numbers I could never remember to tell you! I do remember that each cow gives 9 gallons of milk a day and that particular plant uses 180,000 gallons of milk a day in the products they process there. 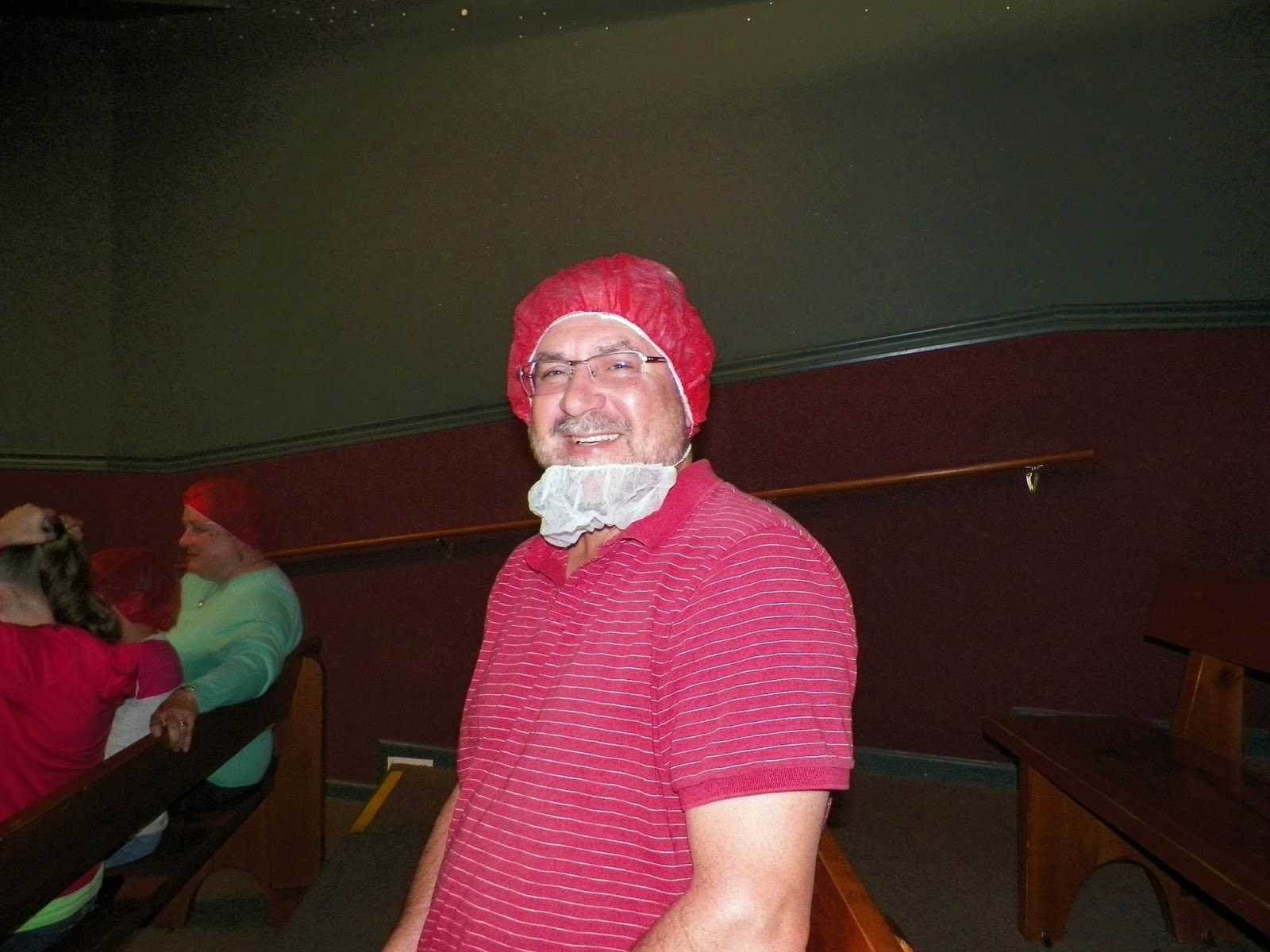 We all had to put red bonnet things on our hair to go into the plant and boss-man had to put a net on his beard too! Silly man, he didn't have it on right. This was one time I was glad I'm always the one taking the pictures and not in them!


One night when we stopped to eat guess who we parked next to?!!

The Ghostbusters! Their real! 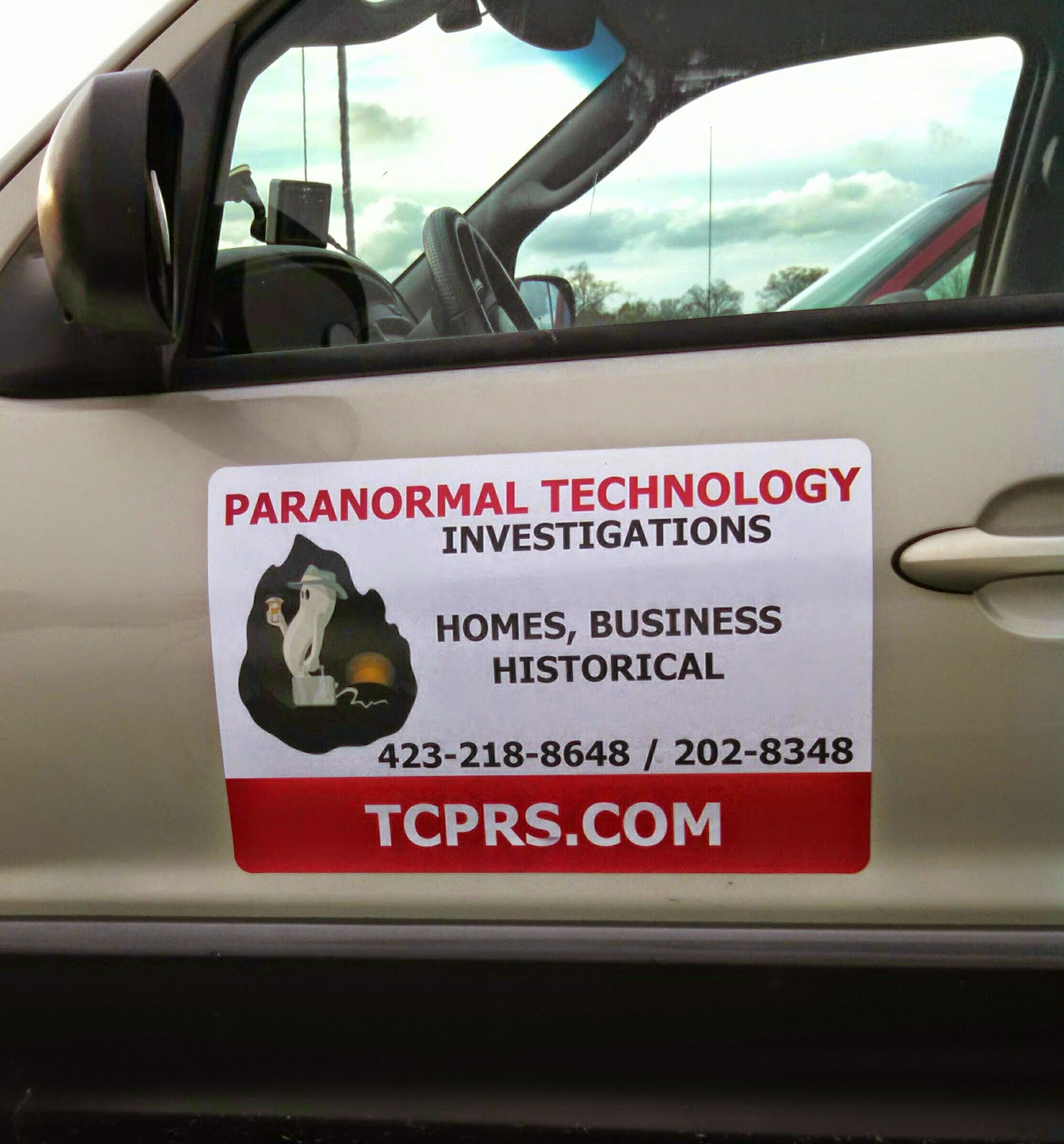 Not only did we discover they are real but we also found out that pigs really do fly! 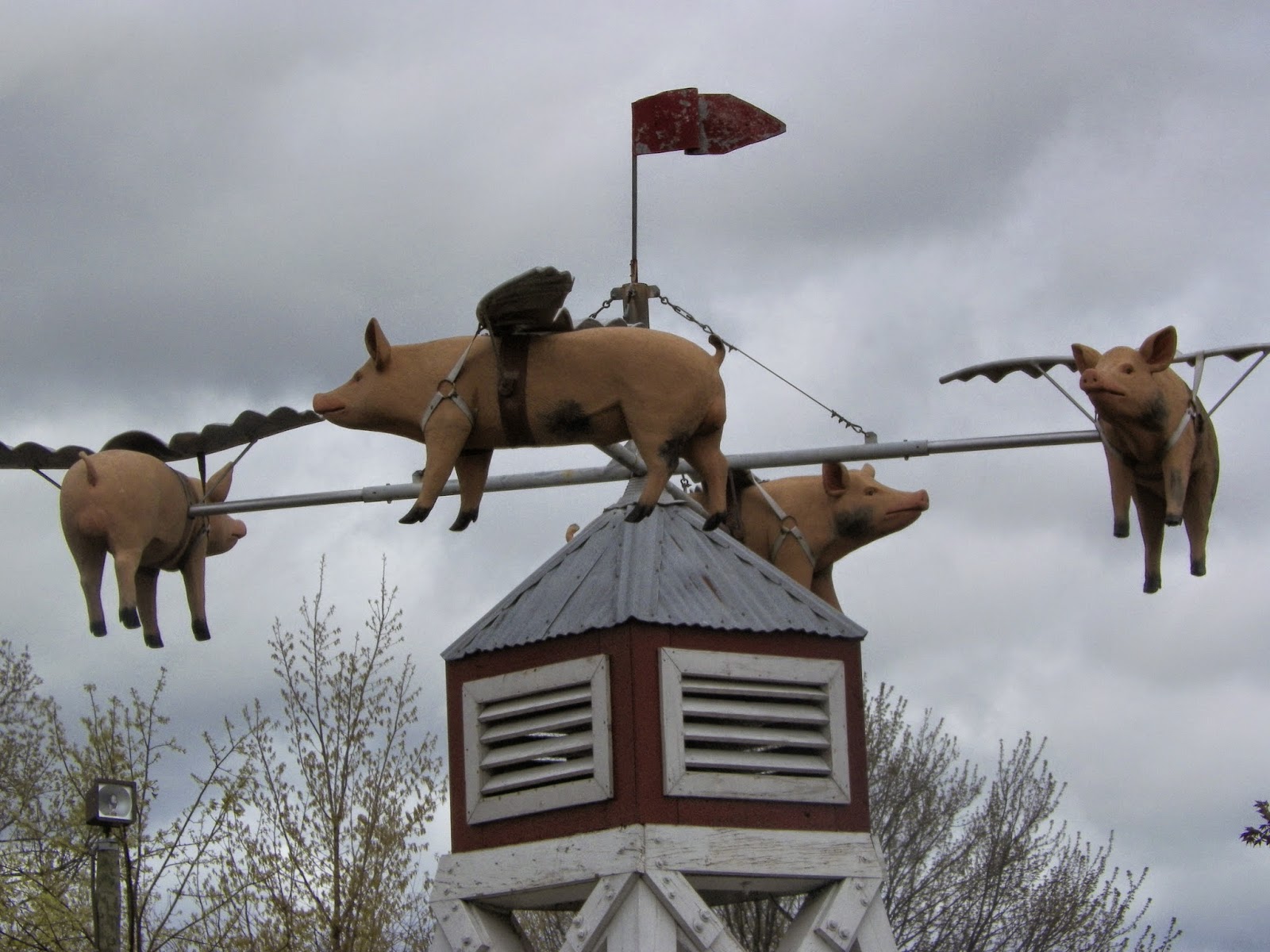 We found them flying around a miniature golf course in Sevierville, just outside of Pigeon Forge.

We like the Gatlinburg, Sevierville area but there is just too much traffic!! Lots to do there, but I would hate it in the summer tourist season.

Maryville, near Knoxville, is a lovely area and not far from all the hub-bub in the Smoky Mt. National Park area and we considered it. But in the end we decided we like the Tri-cities area up in the far east corner of the state. It is lovely hills and valleys with the Appalachian Mountains for a backdrop. Boss-man said it would be that much closer to the grandkids and back home to Pennsylvania. A good jumping off place for all points north and south and the beach. Not far from the Smoky Mountain National Park for when company wants to go there. In particular we liked Jonesborough, a sweet little town, known for being the oldest town in TN. and the storytelling capital of the world! Just a few miles from Johnson City,  a very large city with everything we would need, yet rural and quaint. Daniel Boone, Davy Crockett and President Andrew Jackson all lived in this area. You can tour Andrew Jackson's Greenville TN. home and Davy Crockett's birthplace is a state historic park. I'm excited about the move even if its a ways off. Something to look forward too!

The week away was a terrible reading week! The books I got for listening to in the car were a bust! Two of them weren't in the right format and my devices couldn't play them and I just couldn't get interested in The Burgess Boys to save my life. I thought I would like it a lot! I read a couple chapters in the hardback book I brought, but we spent so much time in the car I didn't get to read much. I get terrible car sick if I read in the car. I downloaded a P.G. Wodehouse from the library and listened to it on the way home. I still have to finish it though. April is not looking to be a good reading month at all! I only have 18 days till I leave for Scotland so I have a lot to do between now and then so I don't hold out much hope for lots of reading.

Oh my goodness I have chewed your ear long enough! Gotta run.