Come And Get It!

It's been pretty quiet here on the Post this week. Not much going on. Very slow reading week. So I thought I'd share what we've been eating around here lately!

Today I made an old snack recipe I haven't made in quite awhile. Very simple and you might already know this one but it's a nice standby snack. 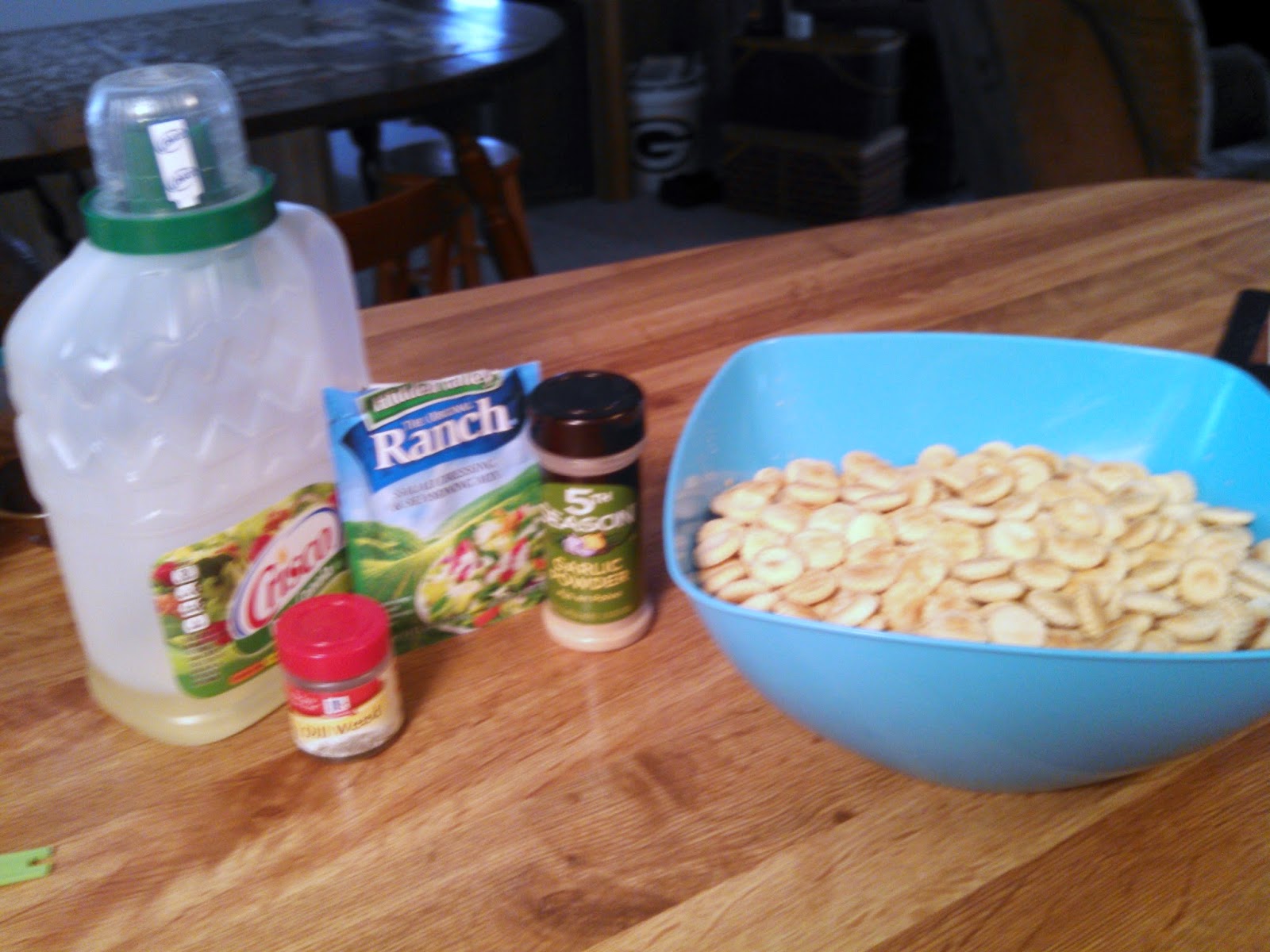 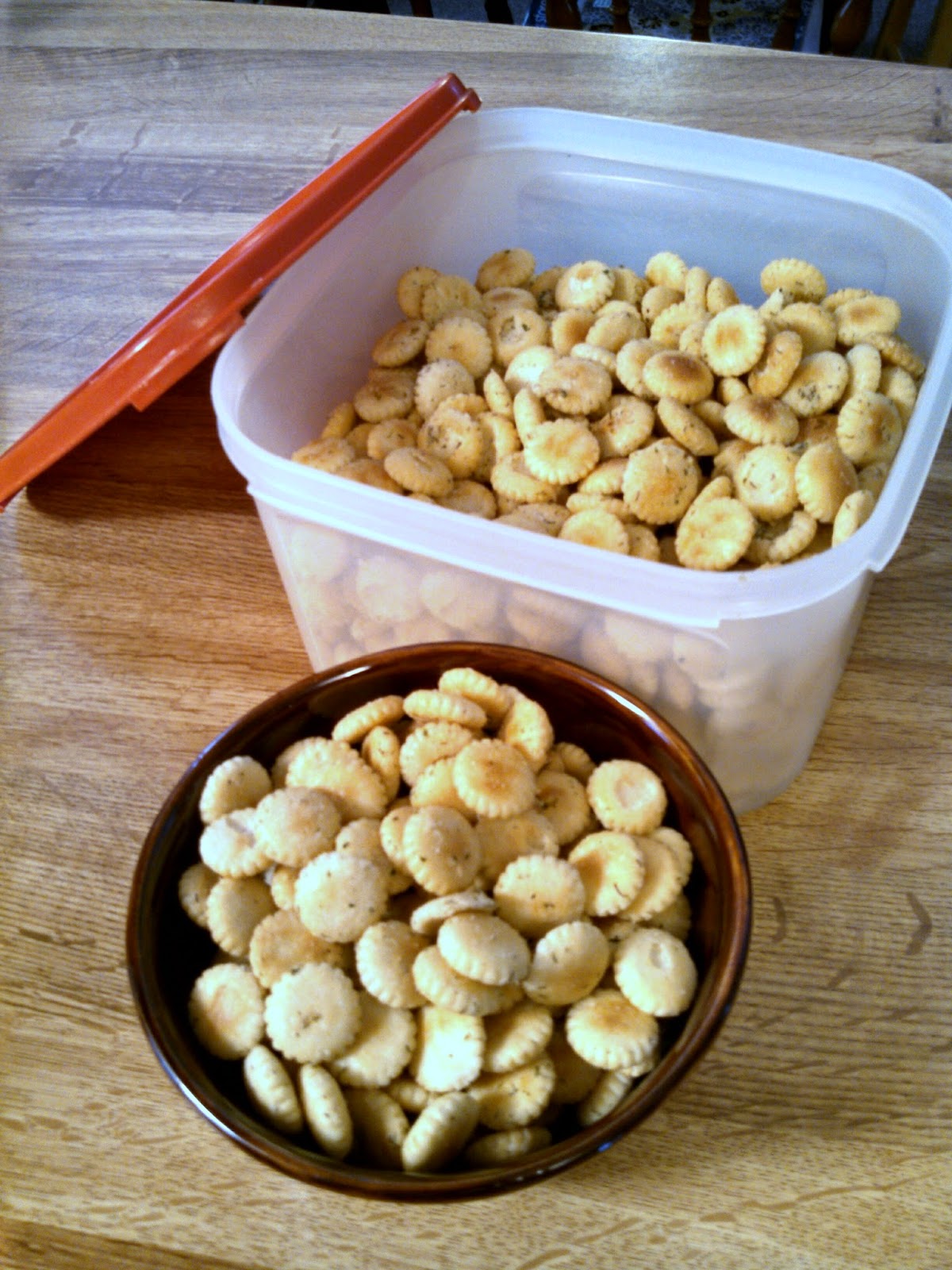 Shake together or whisk the oil, dressing mix, dill, and garlic powder 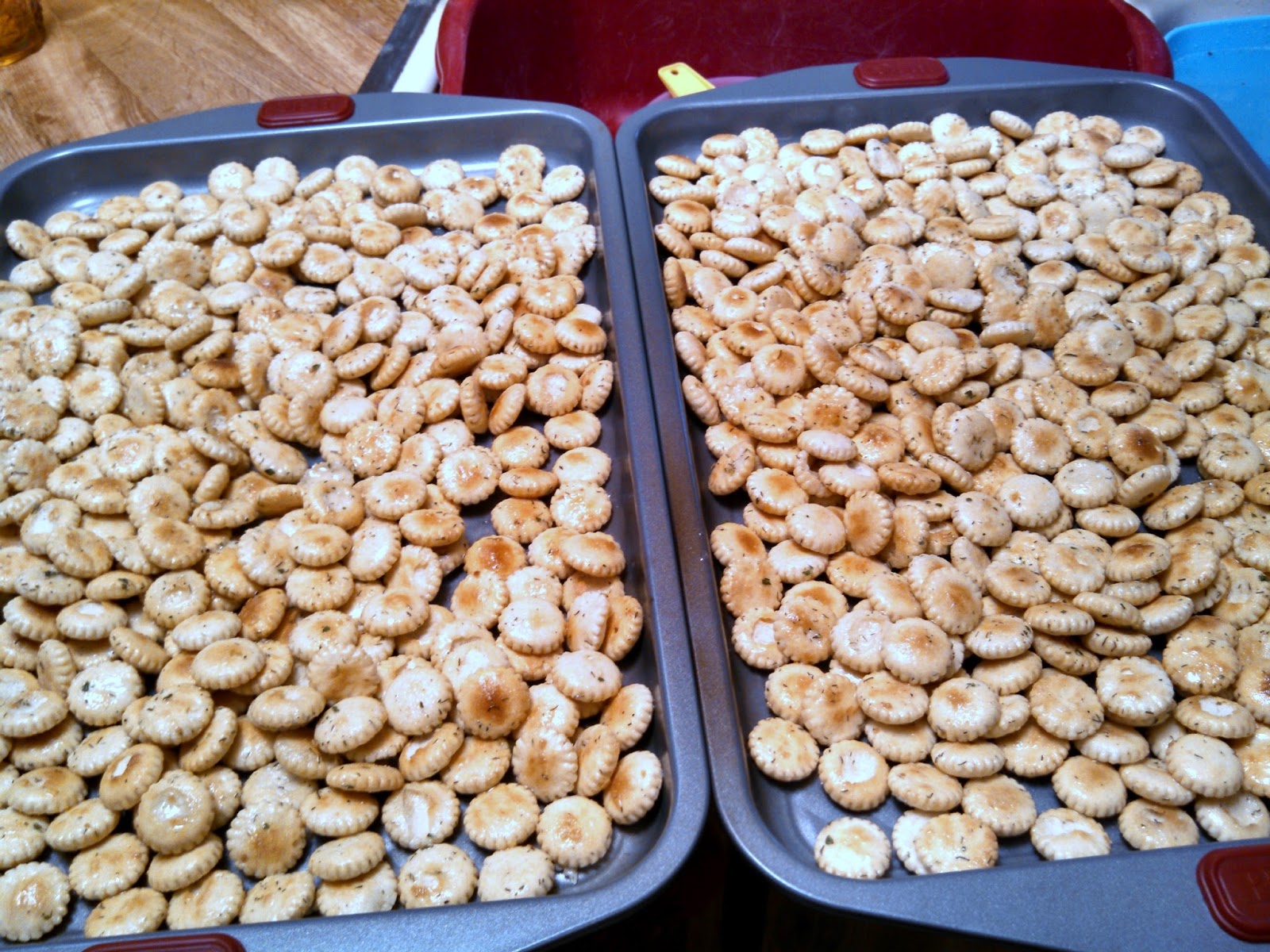 Pour over crackers and stir until well coated.
Bake on cookie sheet at 200* for 1/2 hour stirring occasionally


Over the last couple of weeks we've had...

the easiest, moistest, crunchiest Oven Fried Panko Crusted Chicken. I used all thighs. This will be a staple! If you don't have a cast iron skillet I'm telling you run to the nearest store and get one! I don't even put mine away anymore, it just sits on top of the stove.

The day of the big play off game between Green Bay and the Seattle Sea Hawks we had Pulled Pork Sandwiches and coleslaw. We were winning the whole game! Seattle was playing terrible and at the very last minute they perked up and tied the game. We lost in overtime. My heart was broken, but I still love my Packers and I think 5 of them are playing in the Pro Bowl and we topped all the leader boards this season. Next year, fingers crossed!

I found a couple really easy side-dishes. Parmesan Yellow Squash, I mixed the yellow and zucchini. And Ina Garten's Caramelized Roast Butternut Squash that was delightful. I threw in a little extra brown sugar ;)

On the soup front I made a wonderful standby in our house, Rachael Ray's Stuffed Cabbage Stoup. Thicker than soup but not quite stew is what she calls Stoup!  This coming week we are having the Brown Eyed Baker's Minestrone, it's to die for! And she live's in Pittsburgh, we're practically neighbors! 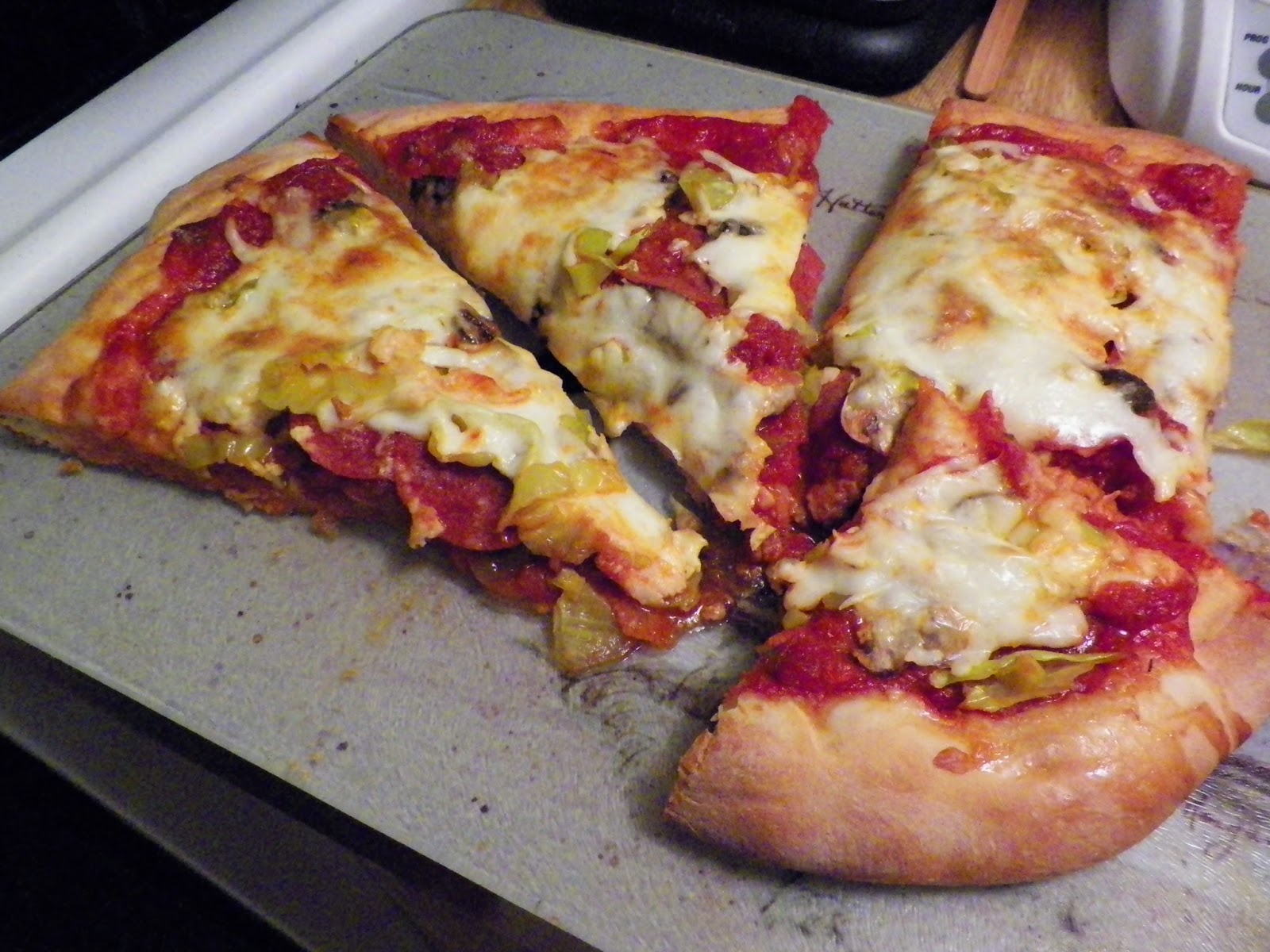 Always trying different pizza dough recipes looking for that one and this is it people! Quick and Easy Dough from The Recipe Critic. So easy and delicious! She was right though if you don't like thick crust don't use it all for one pizza. Make one pizza and use the rest to make her cinnamon roll breadtwists or garlic breadtwists. I loved it, but hubby said it was too thick for him, he likes thin crust.

I tried a spaghetti frittata for the first time and really just looked over a couple different recipes for how to's but mostly used this one from Honest Fare. We didn't like it too much, but to be honest I think I over cooked it, it was too dry. We didn't even eat the leftovers.

I haven't done too much baking lately only these Chocolate Chip Oatmeal Cookies from King Arthur flour (the only brand I buy) and they were the best! I put in half butterscotch chips and mini choc. chips though, hubby loves the butterscotch with oatmeal.

So that's what's been on our table lately, how about yours?

Email ThisBlogThis!Share to TwitterShare to FacebookShare to Pinterest
Labels: recipes