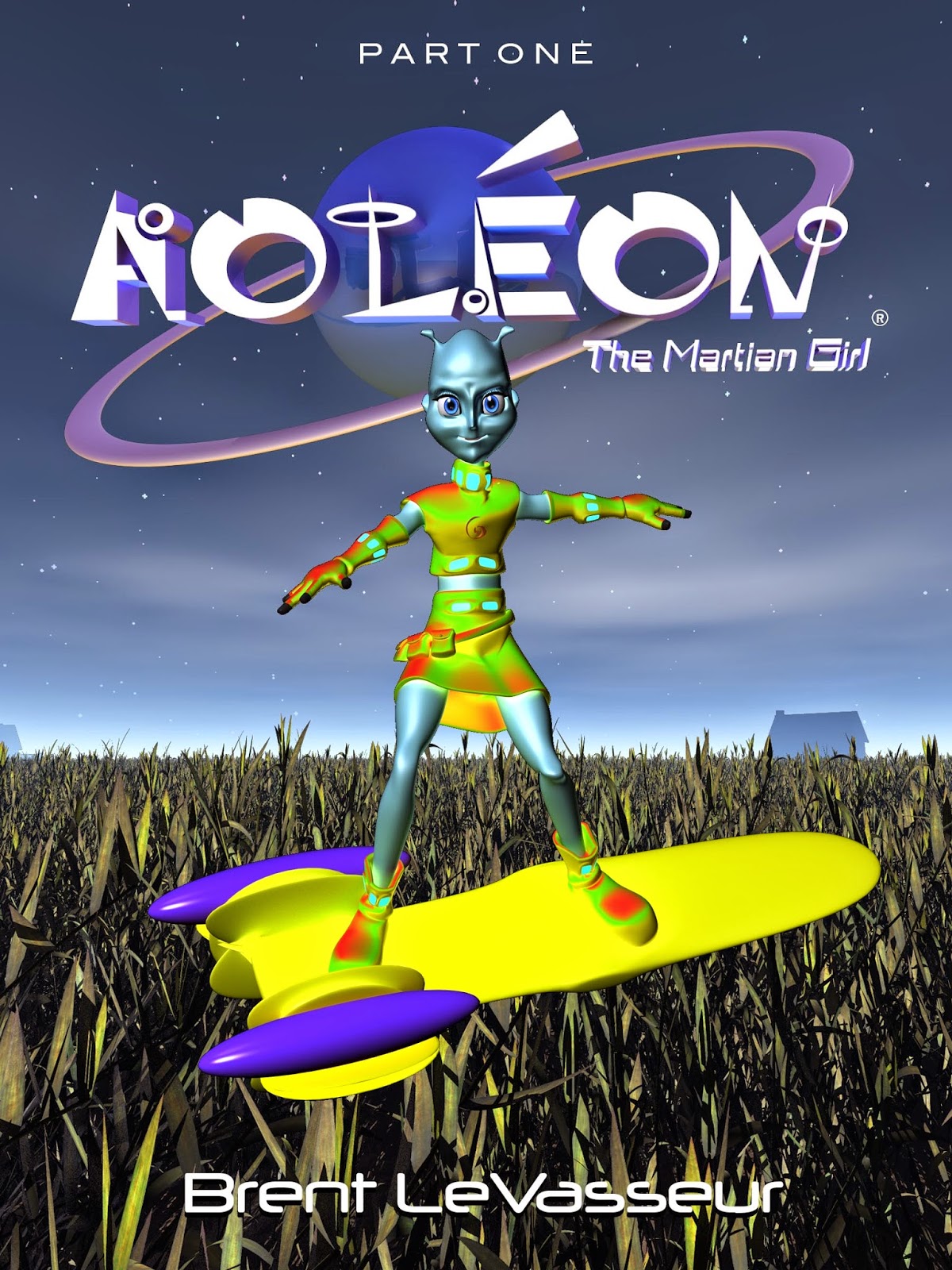 Crop circles magically appear in Farmer Johnson’s field. A mysterious light sweeps over the night sky and awakens Farmer Johnson and Gilbert, the boy next door.

Curious, Gilbert ventures out to discover the source of the light and stumbles into a beautiful Martian girl sitting in a crop circle. Farmer Johnson also investigates the strange light, and thinking that Gilbert and Aoléon are vandals, he chases them. But they sprint to Aoléon’s saucer and escape only to be pursued by the U.S. Air Force.

Gilbert has never been attacked by swarms of giant killer robots. Never met strange aliens from other worlds. Never skyboarded across a megalopolis hidden deep inside an extinct volcano. Never trekked across a vast Martian desert. And never been eaten alive by a gigantic slor (well, almost never, unless you count Billy the fat bully at school).

And luckily, he has never ever confronted an evil ruler of Mars bent on conquering the Earth to steal its cows.

This may be the adventure Gilbert always wished for.

If only he can survive.


Cute story and vivid illustrations! Gilbert, a good old fashioned name perfect for a Nebraska farm-boy and my Grandpa's middle name, has been having very strange dreams. Very realistic dreams, that are very disturbing to him. They 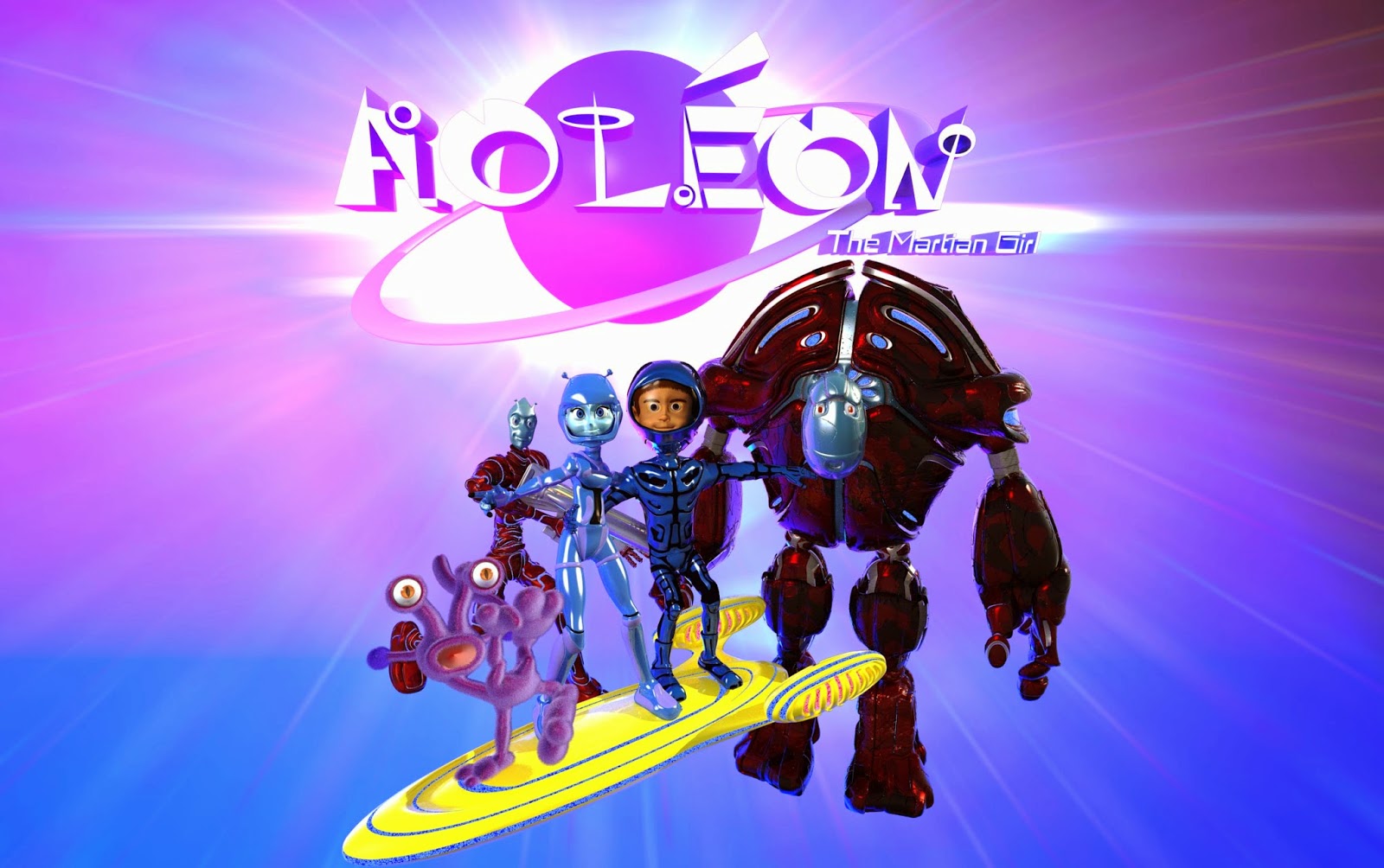 are about aliens! And he always had them the night before the crop circles appeared! Gilbert's parents fought all the time and he prayed for an angel to come and take him away from it all...and Aoléon showed up and took him away!


I enjoyed the silliness, cows floating in the sky and Air Force pilots radioing back that there is a cow in my path! Aoléon's tender heart, Farmer Johnson's dog had hurt itself and she took the time to heal it as they ran. And I liked the vivid, colorful digital illustrations. I think kids will like them too! The only thing I didn't care for, and I am an old fuddy duddy, is that the President of the US was made to look like a buffoon. I'm sure it was for laughs, but we have enough buffoon imagery of people in authoritative roles as it is on TV. Our kids need to look up to and respect authority and the President is the highest office in the land. Aside from that, it's a cute story with 4 more parts to come! I think kids will enjoy it.

I received my copy to read and review from the author and iRead Book Tours. Thank you so much!

Mr. LeVasseur enjoys crafting good stories based on lovable characters designed to translate well to multiple media formats such as books, games, movies, and toys. He lives in New York when he is not commuting between Southern California and Olympus Mons, Mars. His hobbies include writing, 3D animation, musical composition, and intergalactic space travel. He also enjoys various sports such as skiing, running, and exospheric skydiving.

Peggy Ann
Posted by Peggy Arthurs at 9:37 AM