Look what I just pre-ordered! 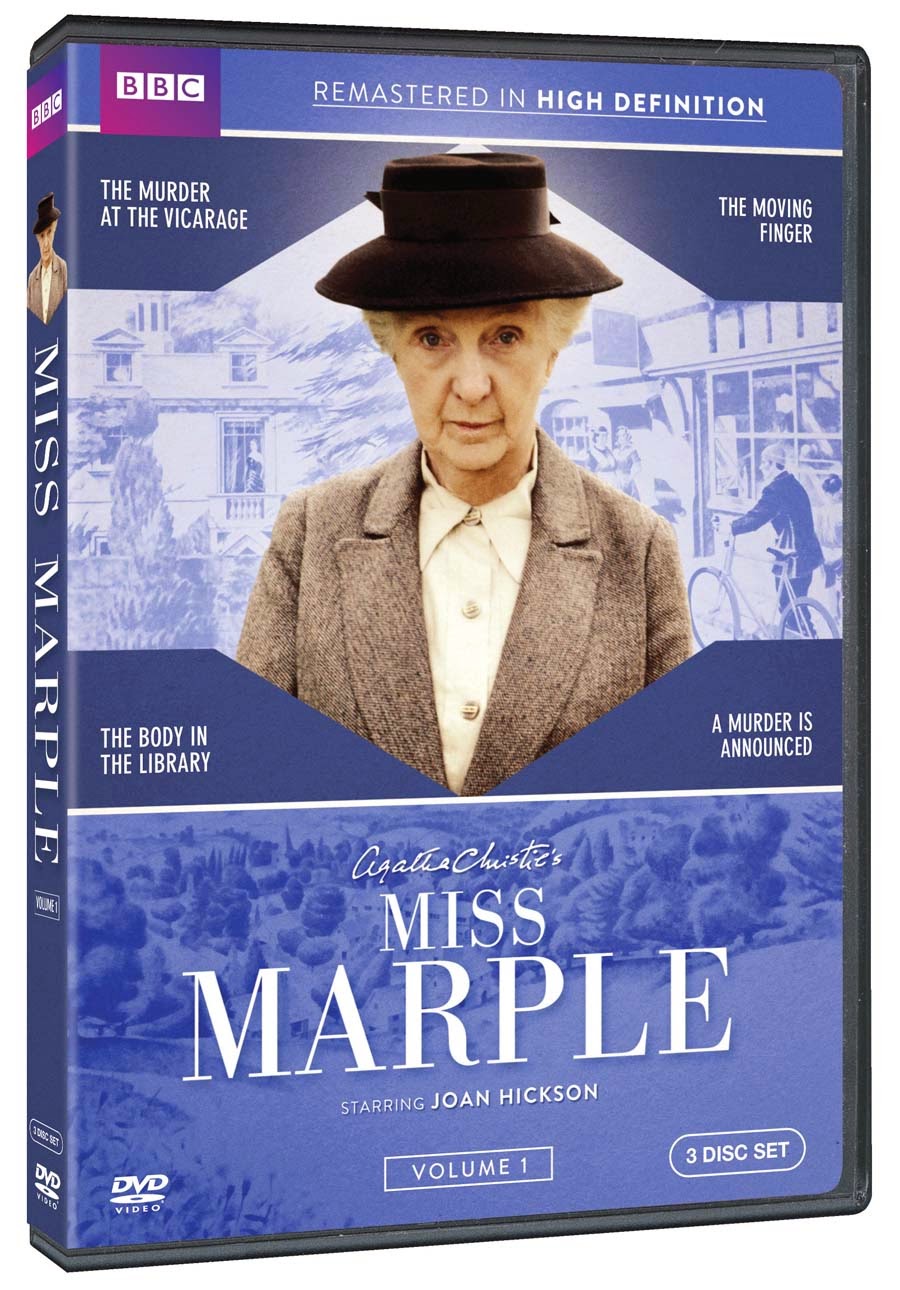 'Gather your wits and join Miss Jane Marple in four delightfully baffling and opulently filmed mysteries starring Joan Hickson - the actress Agatha Christie herself wanted for the role - now lovingly restored from the original film for the first time. In Murder At The Vicarage, the death of a widely despised Colonel in the local vicar's study is made surprisingly more difficult when two different people confess to the crime. In Body In The Library, Miss Marple's neighbors wonder how to explain the young blond woman found strangled on their library floor. A series of anonymously written slanderous letters lead to several mysterious deaths in A Moving Finger, and then in A Murder is Announced, an upcoming murder advertised in a newspaper materializes at a dramatic house party where the only death is the suspect's. Includes special feature A Very Special Murder: Detection Ingenious.'

Hoping they do the full 3 volumes of all 12 Joan Hickson films!

Pre-order your own copy...
Amazon US


Remember awhile back I told you about a gentlemen on Paperbackswap that sent me extra Agatha Christie books with the one I ordered from him? Well he messaged me with a list of the rest of the AC books he had and said he wanted to send me more because my love of old books pleased him. I picked only four, no need to be greedy:). All Hercule Poirot books. They came recently. Thinking frigid January and February might be Agatha Christie month at my house!

With mom gone I have a lot of extra time on my hands. Might take awhile to get into a new groove and re-vamp my life now. It's harder to get going again than I thought. She pretty much consumed my life these last 2 years. One day at a time. I am off to the courthouse to get my passport today though! Scotland in May! It's early yet, but it gets me motivated and looking forward.
More later...

Posted by Peggy Arthurs at 9:34 AM