Today is the BIG day for Scotland. They are voting on independence from the United Kingdom. I am excited for them! If I were Scottish I would be voting YES! I do think they would better govern themselves. All their wonderful natural resources and talent and ingenuity would make them a strong, rich nation. Why should England get all the rewards and make all the decisions about whats best for them? 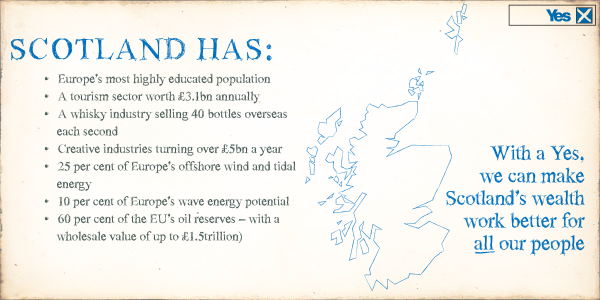 If you find this interesting here are a few links you can follow today.

Newspapers:
The Evening Times (Glasgow)
The Guardian
The Telegraph  (they have a live broadcast stream here)
The Scotsman
The Herald
The Daily Record

You won't see much being broadcast or written about today until the voting is over as this is their rule about that..


10.4.20
On polling day the BBC, in common with other broadcasters, will cease to report campaigns from 06.00 until the polls close.  Coverage will be restricted to uncontroversial factual accounts, such as the appearance of politicians at polling stations or the weather.  Subjects which have been at issue or part of the campaign, or other controversial matters relating to the election, must not receive coverage on polling day, to ensure that nothing in the BBC's output can be construed as influencing the ballot while the polls are open.
from Editorial Guidelines
Wish the US media would take a few lessons from them!

Very funny video about independence by John Oliver. You have to watch this one!

Video that explains the path to Independence for us Non-brits

There you go a nice sampling to keep you in the loop. But make sure you watch the John Oliver video for a great laugh and serious points!

Peggy Ann
Posted by Peggy Arthurs at 8:13 AM