Song for Sunday and a Couple Books Too!


The Voice of Jesus by Andrew Peterson

And you might hear a beat
On the door of your heart
When you do, let it open up wide
It's the voice of Jesus
Calling you his bride

Once upon a time there was a little boy
Who wandered the forest, abandoned
And he heard in the leaves
And behind every tree
The sound of a secret companion
Following

So listen, little girl,
Somewhere there's a King
Who will love you forever
And nothing in the world
Could ever come between
You, my love, and this Lover

Such a sweet little lullabye! 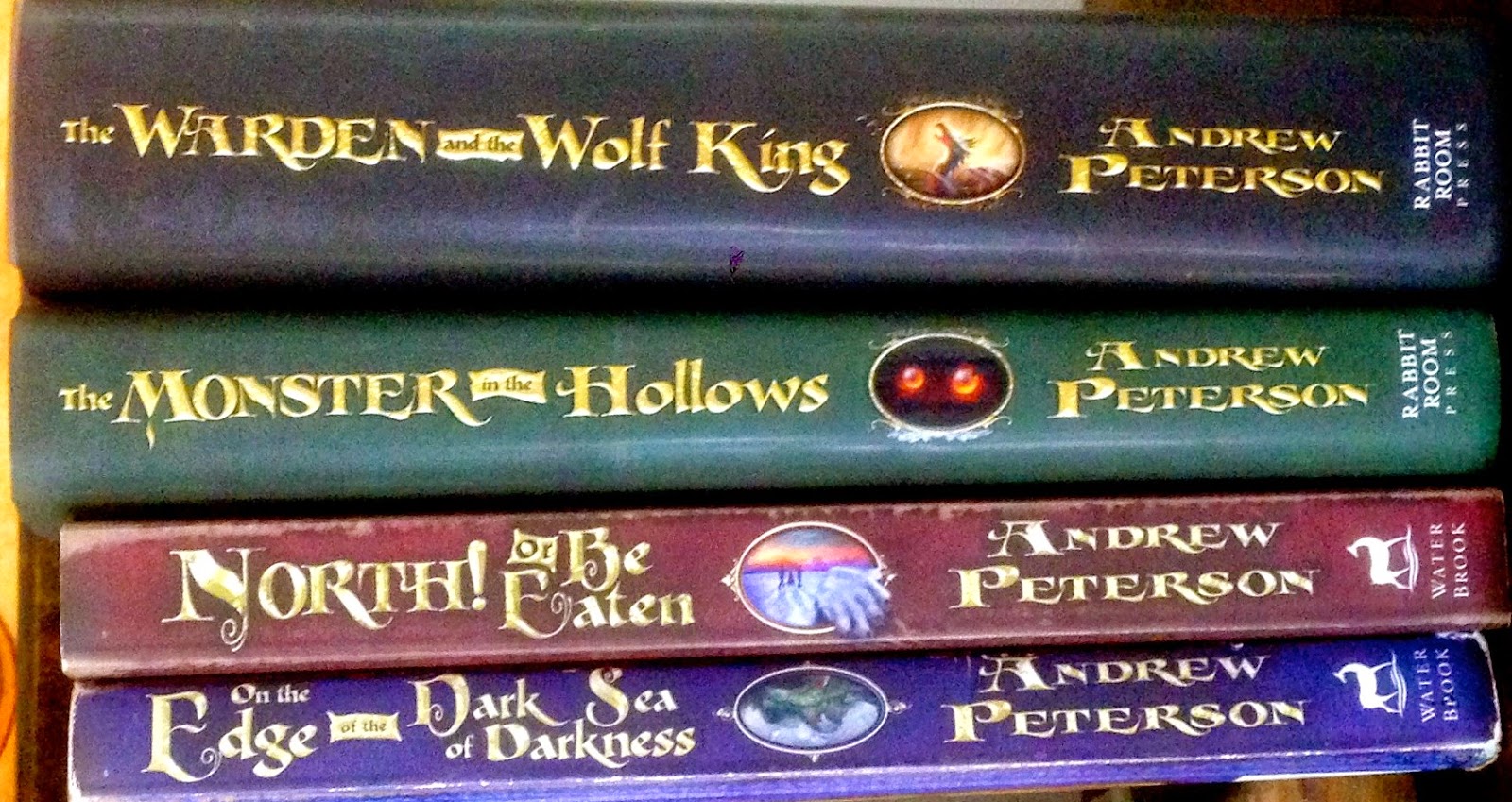 Andrew Peterson is also an author. He wrote a fantasy series, The Wingfeather Saga. For readers of J.K. Rowling, Lemony Snicket, C.S. Lewis, J.R.R. Tolkien, N.D. Wilson. The fourth book was just released July 22nd. My daughter-in-law has read these books and really enjoyed them. Check them out here!  You can get the first in the series in ebook format free or give a donation over at Noisetrade. What's not to like about a book with the name On the Edge of the Dark Sea of Darkness:Adventure, Peril, Lost Jewels, and the Fearsome Toothy Cows of Skree!

Description: Book 1 in the series. When a deep-cover federal agent disappears along with a ton of Semtex explosives, the former director of the FBI calls in a personal favor. The missing agent is his grandson and he’s desperate to learn the truth, even it involves “bending the rules.”
Trained Marine scout sniper and CIA operations officer, Nathan McBride, had put the violence of his past behind him, or so he’d thought. Off the books, Nathan’s asked to determine the fate of the missing federal agent and recover the explosives.

But something deeper is going on. A lot deeper. Soon after Nathan accepts the assignment, he finds himself trapped between a ruthless adversary with a blood-chilling plan, and high ranking federal officials who will stop at nothing to see their own brand of justice done.

Happy listening and reading!
Peggy Ann
Posted by Peggy Arthurs at 12:00 AM

Email ThisBlogThis!Share to TwitterShare to FacebookShare to Pinterest
Labels: Song for Sunday