I finished book 6 in the Flavia de Luce series this morning. I've listened to each one on Audio CD. The narrator, Jayne Entwistle, IS Flavia. The books come alive with her reading. Someday I may read them in print form, but I have so enjoyed each one on CD. Now I have to wait until next year for book 7 'As Chimney Sweepers Come to Dust' :(

'The presumed death of Harriet de Luce in a mysterious mountaineering accident in Tibet while Flavia was only a baby cast a sombre shadow over the family, leaving Colonel de Luce a broken man and Flavia herself with no memories of her mother. But now, astonishingly, a specially commissioned train is bringing Harriet back to Buckshaw. But rather than putting the past finally to rest, Harriet's return is set to trigger a further series of bizarre and deadly events, as a most curious group of individuals converge on Buckshaw to pay their respects.'

This last book tied up all the family secrets, relationships and the death of her mum, Harriet. It wasn't as whimsy or cheeky as the others as the subject matter was a little more serious, so it wasn't one of my favorites, but it was necessary to understand all the ins and outs of the de Luce's. This was a good place to end the series but it is a 10 book series, so we will get more of Flavia! It will be interesting where he takes her now as she is turning 12 and growing up. Next year the BBC will be debuting a TV series based on the books!

I read the first in this series last December, read my review HERE

This series is set in 1950's England in the village of Bishop Lacey. 5 years after WWII. Flavia's home is a run down mansion called Buckshaw. The family home for generations. But her mother died without a will and the death duties are killing her father and they live in poverty. Flavia doesn't remember her mother as she was killed in a climbing accident in Tibet when Flavia was only months old. Her two older sisters love to torture her and tell her she is adopted. Father was a prisoner of war and a very withdrawn and emotionally absent father. Dogger is my favorite character and I love the relationship between him and
Flavia the most. Dogger is her father's right hand man and was with him in the war.

Each book you learn something really interesting like stamp collecting, all about lead poisoning, how to develop film with coffee or some other chemistry trick. I love how Flavia is one minute an 11 year old planning to trap Santa Klaus on the roof with tar as he comes down the chimney to prove to her sisters he exists and the next so grown up, and caring for Dogger as he has one of his 'spells' he gets since the war. 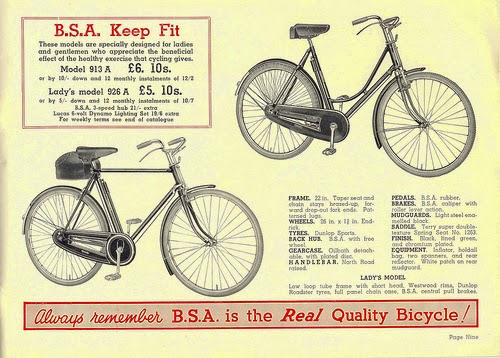 Flavia's bike is named Gladys and she is her trusted friend and she rides her everywhere. She gives Gladys human like traits, making her a character as well. Gladys is a BSA Keep Fit model from the 1930's. She was her mother Harriets bike.


In Flavia tradition I've named my bike! Her name is Fiona, Fi for short!


I think one of my favorite books in the series is I Am Half-Sick of Shadows. I loved the Christmas setting, Flavia planning to trap Santa, a terrible blizzard trapping everyone at Buckshaw and a grizzly murder all in one tale!

Although Speaking Among the Bones was really awesome too!

I really think I like the UK covers better than the US. Why do they have to put different ones on for the different countries anyway?

HERE is a good interview with Alan Bradley. He also wrote a memoir titled The Shoebox Bible in 2006. Since out of print and hard to find it now goes for a hefty price!


I can't encourage you enough to read this series! You will be hooked. I would have to say these are my favorite books.

These books fulfill the 'a protagonist under the age of 18' category in Meet the Protagonist Challenge! Only one more category to go!

Posted by Peggy Arthurs at 4:23 PM