What do I love about going south? Eating at the Waffle House of course! 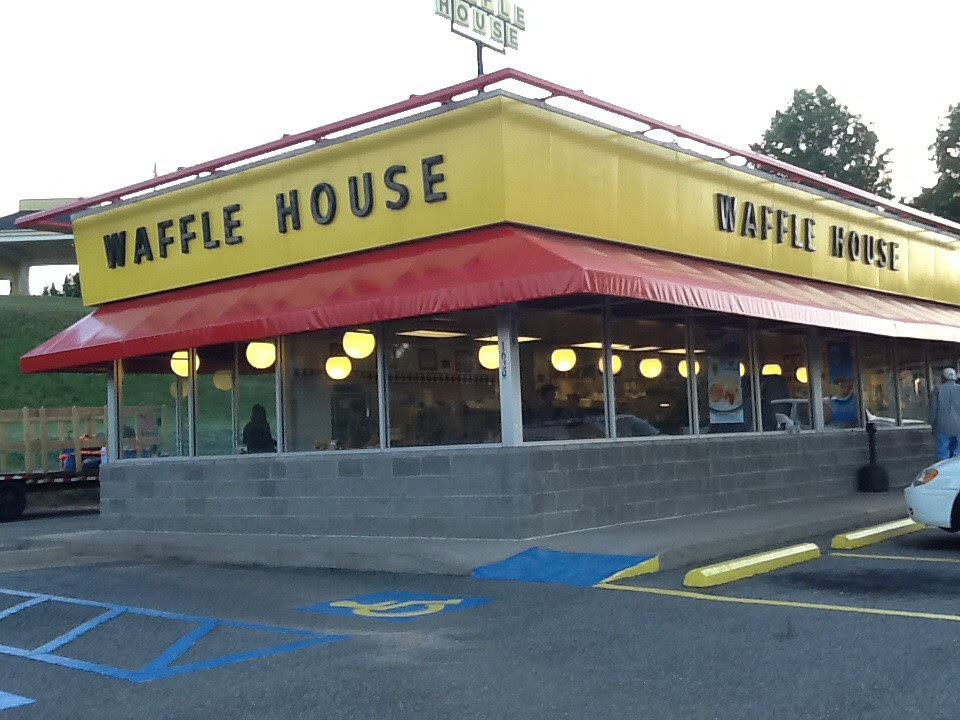 They make the best hashbrown potatoes in the world! And grits too! Here's my breakfast... 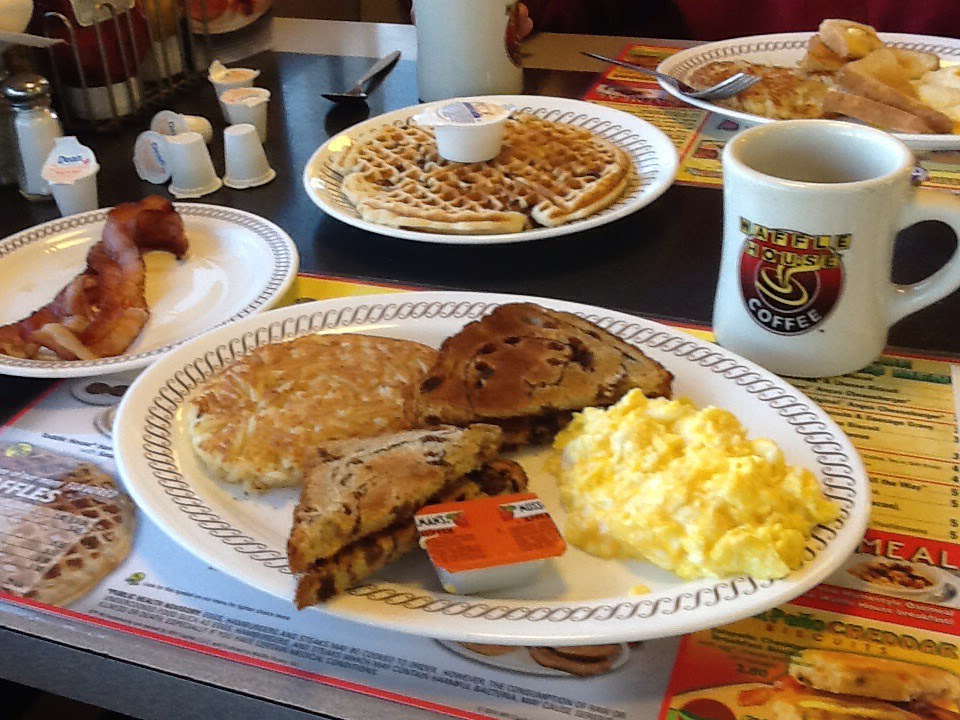 How many restaurants serve raisin toast?

The Waffle House was started in a suburb of Atlanta Georgia in 1955 by two neighbors who thought their neighborhood needed a good family restaurant. Almost 60 years later they have something like 1700 restaurants in 25 states. Run on the short-order concept you can watch them cooking your food. The waffle irons are always going and you can order your hashbrowns 8 different ways! Smothered, covered, chunked, diced, peppered, capped, topped and country. I eat mine straight up with lots of ketchup. Check out their menu HERE

Find out if there's one near you! Locator

Looks like we will have fantastic weather this week in Hilton Head S.C. Hope your having good weather where you are too!