Of Sea and Cloud by Jon Keller 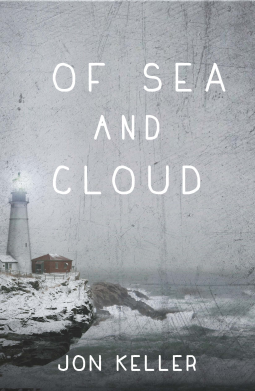 Interview with the author

BOOK DESCRIPTION
Nicolas Graves raised his sons to be lobstermen. Bill and Joshua (known as Jonah) Graves grew up aboard their father’s boat—the Cinderella—learning the rules and rites of the antiquated business they love. But when their father is lost at sea and the price of lobster crashes worldwide, Bill and Jonah must decide how much they are willing to risk for their family legacy.
Standing against them is Osmond Raymond— the town minister, mystic, captain of The Revelation, and their father’s business partner for more than twenty years. Together with his grandson and heir, Julius, Osmond is determined to push the Graves family out of their lobster pound, regardless of the cost or the consequences.
In the tradition of Russell Banks’ AFFLICTION, Annie Proulx’s THE SHIPPING NEWS or Philipp Meyer’s THE SON, WINTER GROUND is a powerful, haunting novel that, with extraordinary depth and compassion, explores the relationships between fathers and sons, tradition and change, and the surprising ways in which globalization is affecting some of the most isolated harbors on this planet.

ABOUT THE AUTHOR
Jon Keller holds an MFA from Boise State University. After graduate school, he moved to the coast of Maine and spent several years working aboard a lobster boat and writing for a commercial fishing newspaper. He is now a clam digger on the coast of Maine.

The word raw comes to mind when thinking on this book. Raw, cold, Maine weather and sea water. Raw emotions and relationships. Powerful is another word that comes to mind. Powerful storytelling, powerful characters, and of course the powerful north Atlantic ocean. I love Maine. It's stark ruggedness draws me for some reason. You have to be made of stern stock to survive there. The first time I visited there I was mesmerized with the rough rocky coastline where huge boulders sat, thrown there like they were softballs by a mad and churning sea. And yet growing out of the cracks of these rocks were tiny wildflowers. I don't particularly like the 'beach', the warm sandy beach for swimming and laying in the sun, but this shore I can stand next to all day with the wind blowing and the waves booming.  This is what Maine does to people. It captures you. This book will capture you too.

The tale takes place in winter. Gorgeous writing describing the icy sea and the wind. This is a story about an old and insular way of life in the midst of radical change. A good look into the lobstering industry and how it works and how it is changing. But its also a story of flesh and blood.

I can't really say too much about the story as I don't want to give away anything.  You need to go in blind and let it capture you from the very get go. I want it to unfold for you the same way it did for me. Complex relationships, a shocking death at sea. Deep, rich characters with the sea in their blood. Revenge, forgiveness, healing.  Holds you to the very end. And haunts you when your done.

Excerpts:
*Now Nicolas was in the water himself and death was indeed a rock which he held in his hands. What had Joshua even done? He'd released a day's catch of lobster. Thrown the lobsters overboard one by one every last one but truthfully that was nothing because what was everything was that Joshua would forever be a relentless reminder of the woman who'd died so Nicolas' own hands had lifted his own son and thrown him into the sea and he'd yelled, My own flesh and blood. You want to throw things overboard? Then he'd reached the gaff out to Joshua but the boy would not touch it. Take it, Nicolas had said and he'd realized hatred in his voice and he'd realized that a part of him wanted this son to die right there and how could a father wish that? How could a father wish for the son to take the mother's place in death?

*His boat slid through the black water. A few houselights glowed in the small village but most of the coastline was dark land that pinched the harbor like a claw. To the south the open ocean lay empty and calling and every eight seconds the whistler buoy off the western edge of Two Penny Island flashed and seven miles beyond that the light on Drown Boy Rock made its 360 degree sweep.

This book is also available in the UK