Look what arrived at my door today all the way from Scotland! 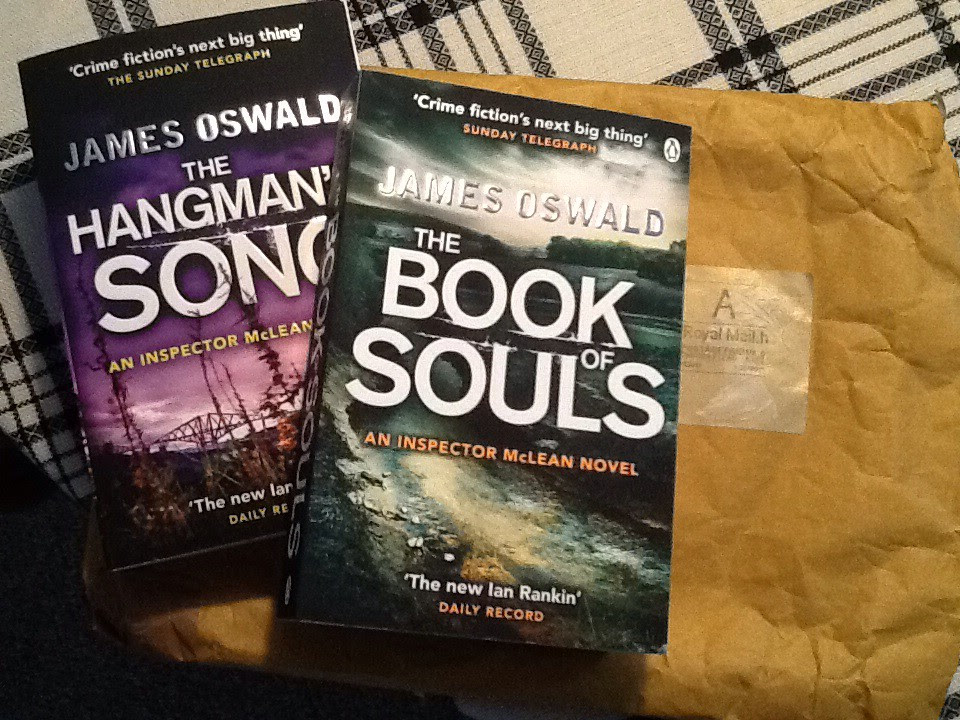 I won an autographed copy of The Hangman's Song on Twitter. 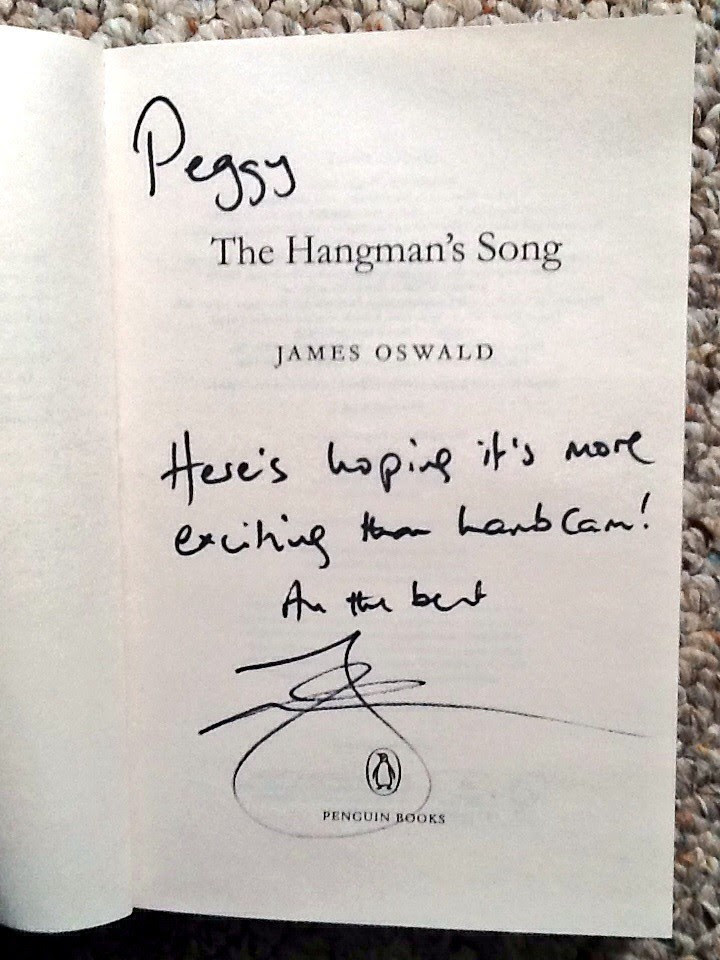 I was a bit of a Lamcam fanatic last spring!

I wasn't expecting two books! Neither of these are available in the States yet! 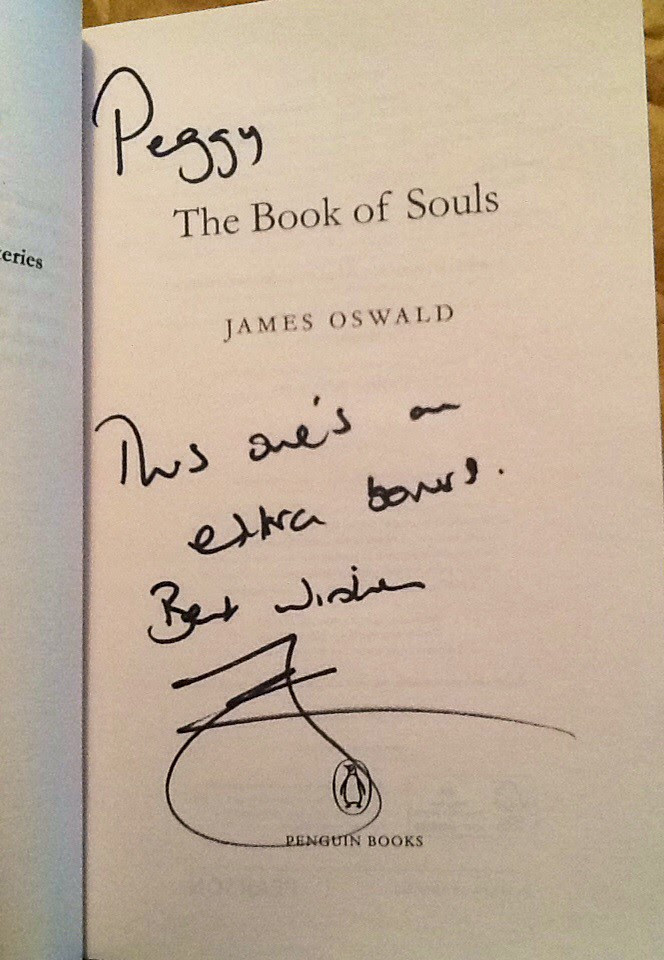 That's just the kind of guy James is, he's the best! Buy his books!

I'll be watching for Lamcam again this spring;)

Update: I should have mentioned what lamcam is for those of you who don't know! Thanks for bringing it to my attention Patty! Last spring James had a camera installed in his lambing pen and we could watch live. It was great fun watching the lambs being born and catching glimpses of James working with them. Many late nights tweeting with him while watching him sit and wait on a laboring ewe! Even alerted him via twitter to a ewe in distress! Isn't technology amazing? Learned a lot about lambing and sheep. Looking forward to another lambing season soon. Here is the link to the lamcam if your interested in checking on it. It isn't up and running yet this year though as of today, March 27. But he has a nice total of how many lambs were born and how many lost, male count and female count from last year.