General stores provided a vital link between farmers and wildcrafters and those companies needing their eggs, chickens, potatoes, roots, herbs and berries. When the proprietor took these items in trade, he would note in a ledger the value in goods that the barterer could purchase or how much would be paid against their debt. In turn, the proprietor would take these goods he received to market and use the monies from their sale to put items on his shelves.


The Mast Store in Boone, North Carolina was started before the Civil War by Henry Taylor. Then known as The Taylor & Moore Company. The original store was across the street from the existing one. As the population increased, Taylor needed a larger store and in 1882/83, he built the first room of the Taylor General Store across the street. He passed away in 1899 and his son continued to operate the store.

In 1897 William Wellington Mast, another of the valley's prominent citizens, purchased half interest in the store and he and CD. Taylor operated the store together until 1913, when Mast became the sole owner. They sold everything from cradles to caskets. An ad from the Rhododendron Year book for Appalachian State University from the 1920's stated:

GOODS for the living;
COFFINS and CASKETS
for the dead.

In 1905, Dr. Henry Perry had his office and his sleeping quarters in a room at the store. He later established the first hospital in a block house nearby.

The Mast General Store was operated by members of the Mast family into the early 1970's and added to the National Register of Historic Places in April 1973. It is noted as one of the best remaining examples of an old country general store. And it most certainly is!

After the Mast family sold the store it passed into several owners hands finally closing it's doors in November 1977. Luckily for all of us who love to visit these lovely relics, John and Faye Cooper bought the store in 1979 and worked tirelessly to get it back up and running. They made sure the store could operate as a service to the community as well as stocking products that were found on the shelves in the past and the store re-opened on June 6, 1980.

During the time the store was closed, the community's post office was lost. To a rural area the post office is important to its existence. The Coopers, at the request of the community, worked to have postal service reinstated in the store like the old days. Today, you can still mail a letter at the post office in a corner of the store, and sit and visit by the pot-bellied stove with a 5 cent cup of coffee.

The day we were there, there were two elderly gentlemen sitting around the stove talking about a bear roaming around the one man's property. I almost wanted to ask if they were paid to sit there and make the store more authentic! That stove was putting out some wonderful heat on a cold foggy day. I loved how the floors creaked liked crazy and sloped in places. Here are a few photos I took of this wonderful blast from the past: 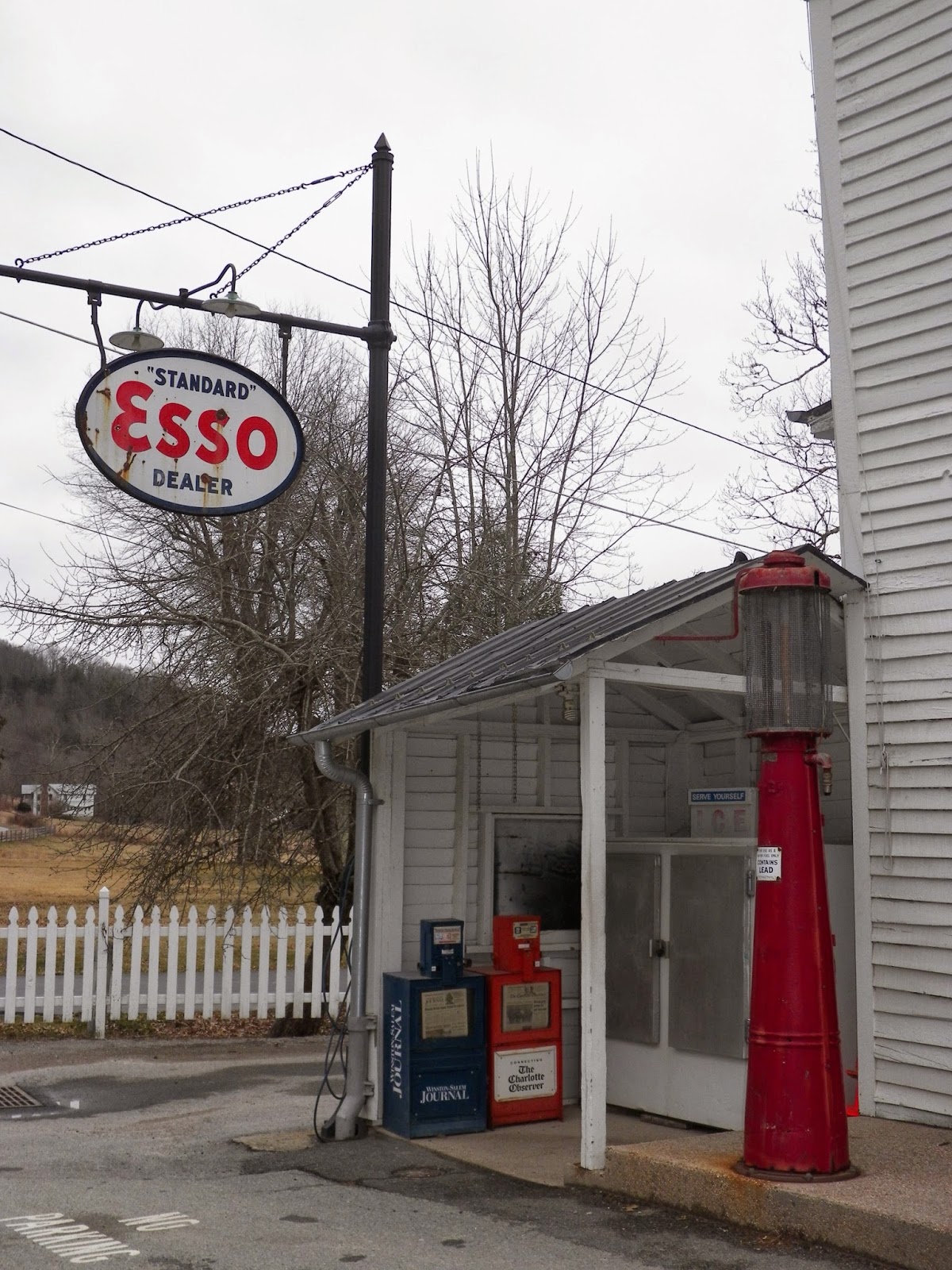 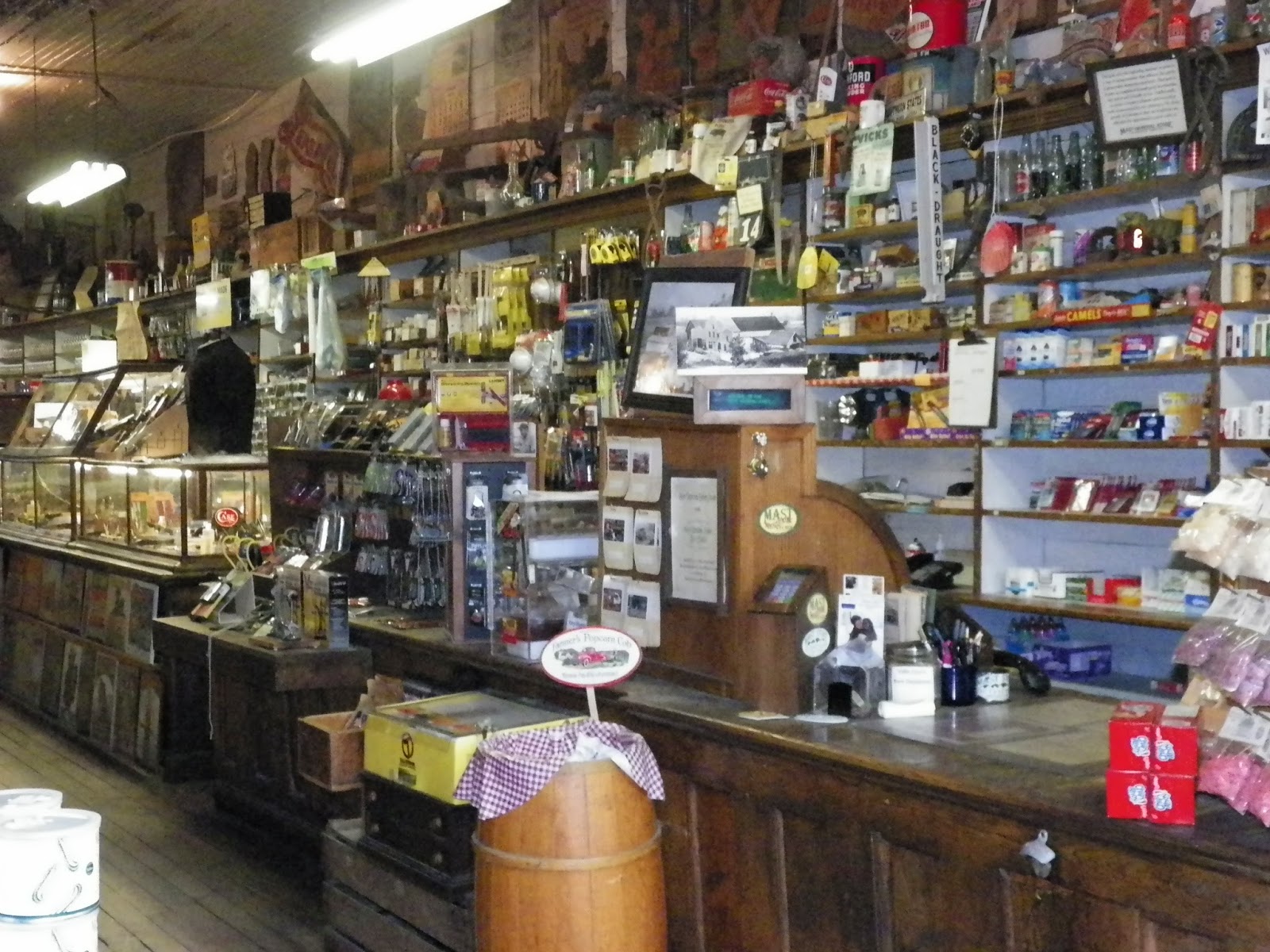 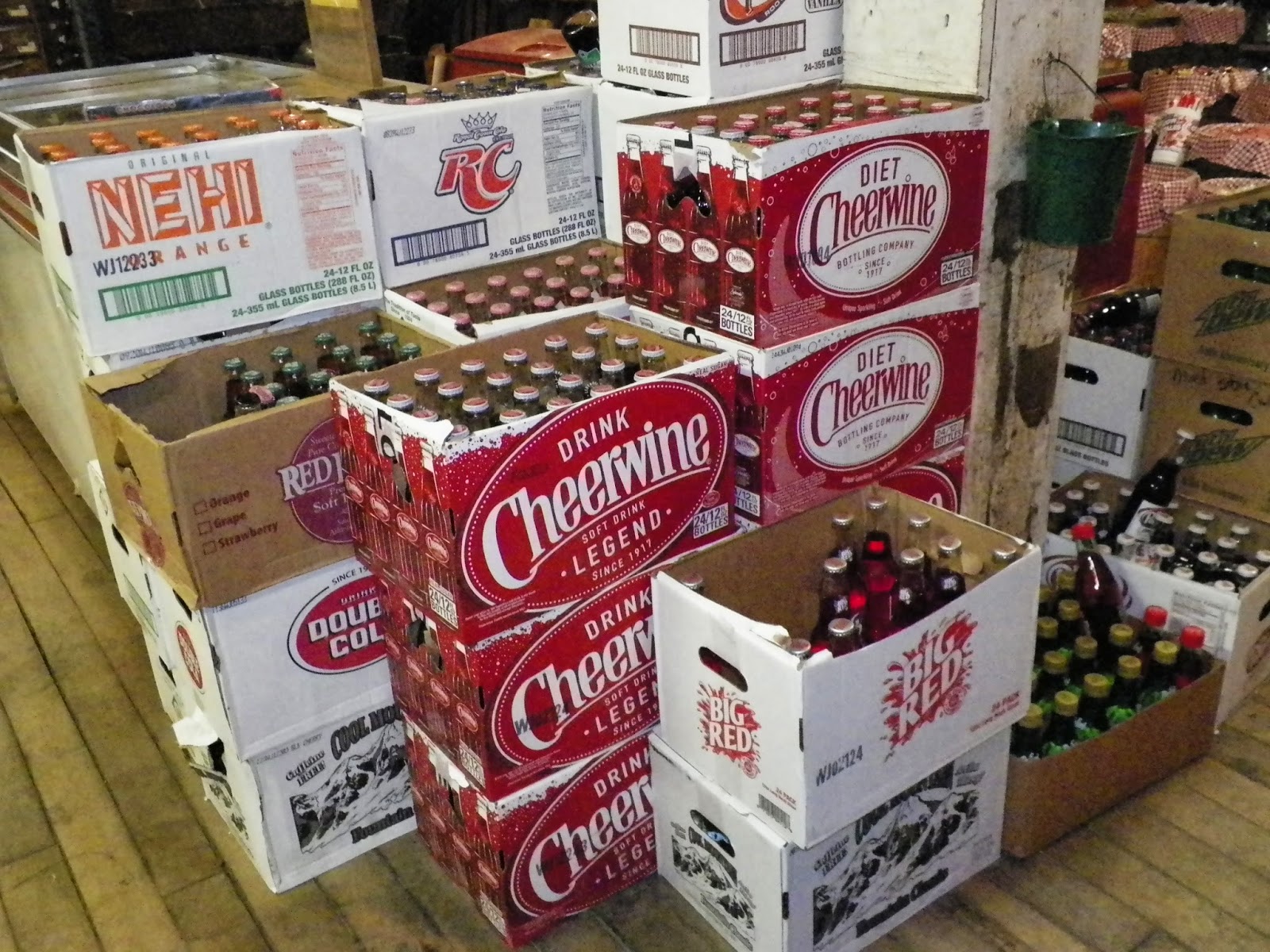 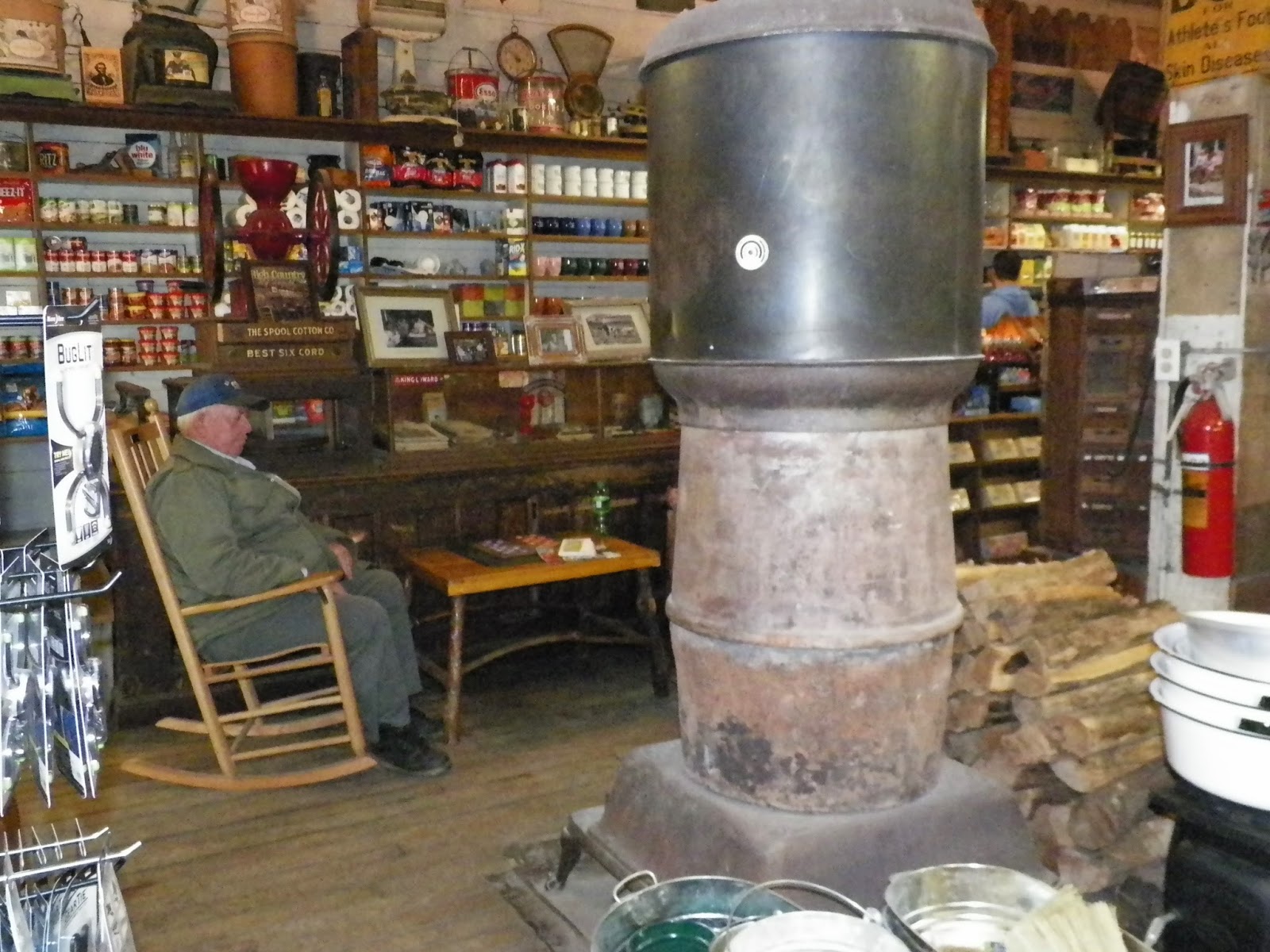 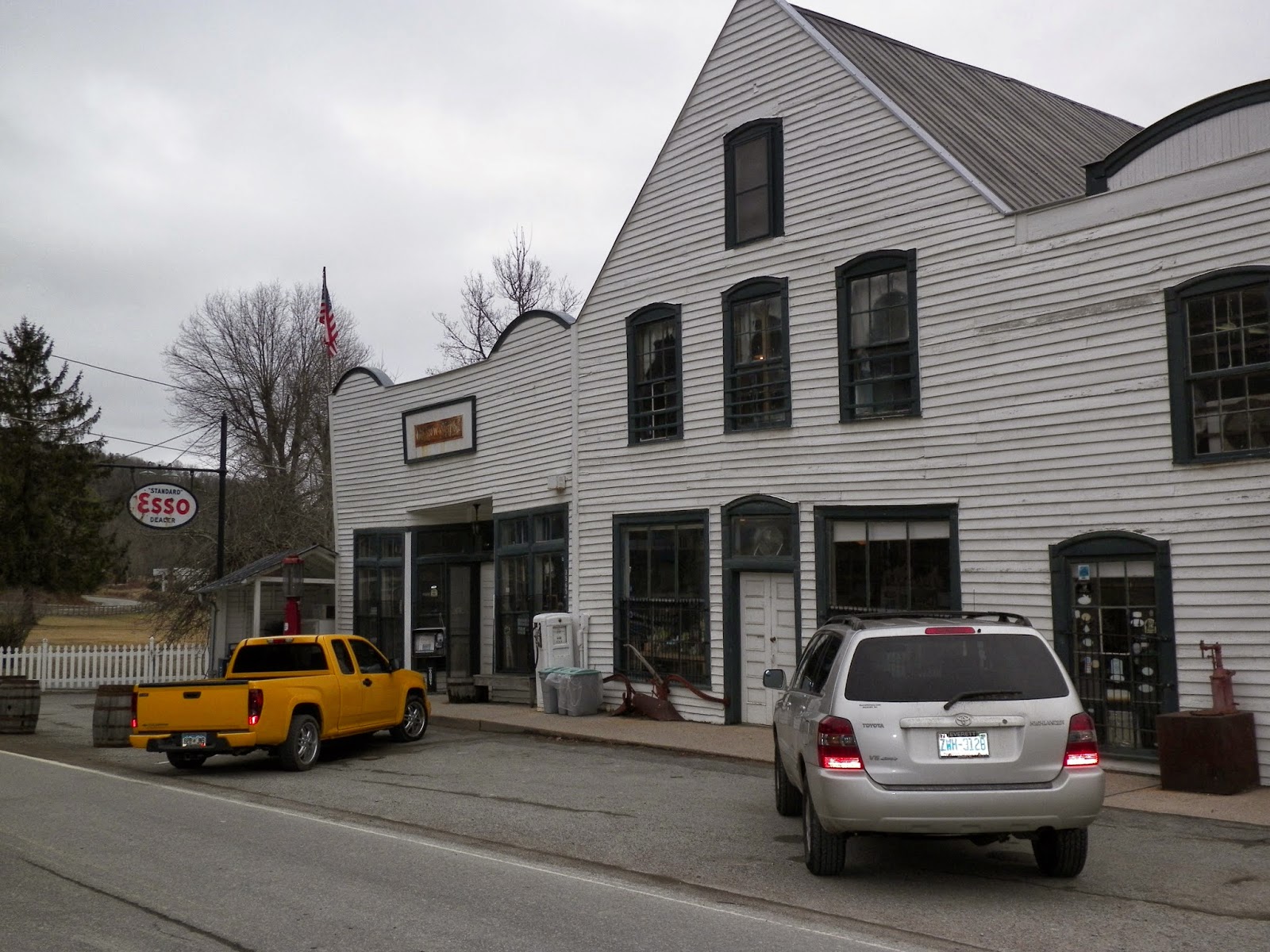 thanks for tagging along!
Peggy Ann

Posted by Peggy Arthurs at 9:39 PM