from back cover:
Her new life in a tiny Kent village suits Doran Fairweather to a T. Devastated by a bad love affair, she now finds deep contentment in her shabby old house, her antiques business, and her low-key romance with the young vicar.

Then a stranger arrives...and a chill falls on the village. For Mr. Mumbray is no mere solicitor, but a being whose malign presence causes the villagers to flee, cringe, and sicken.

Only Doran and the vicar dare defy the evil they sense invading innocent lives, but death and destruction are running wild. and neither they-nor the malevolent Mr. Mumbray himself - will be spared.

In this brilliant mystery debut by the bestselling author of Upstairs, Downstairs, Mollie Hardwick confound the shrewdest of readers.

I happened on four of the seven novels in this series at a book sale. I loved The Duchess of Duke Street miniseries so I thought I'd give these books a try. Not sure what to say about it. It took me a week to read it. It was slow and I couldn't get interested in it. Doran wasn't an appealing character for me. And I didn't like her name. It is Dora Ann and so she legally changed it to Doran since everyone said her name so quickly together that it sounded like that anyway!? Did the author decide she didn't want to write Dora Ann all the way through the book and Doran would be quicker? The vicars daughter is absolutely horrid and I wanted to slap her face or put her over my knee the whole book. Characters just didn't seem to act like they should in situations. It took 2/3 of the book before the villain got killed off. I don't know if it was the writing style that didn't jive with me or the way she had the characters behave.  They just didn't gel.

That said, after the evil one was bumped off it did pick up a little and it was a real surprise when we find out who did it. So in that aspect I'd say the book was a success. I have three more in the series to read. I will probably get to them someday but I don't think I will buy anymore.

In another note, look what a friend got me for my birthday! 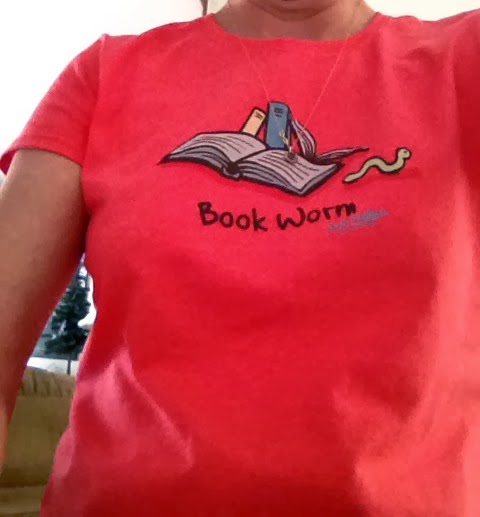