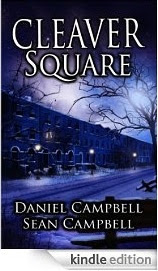 This crime drama looks pretty good! Authors are brothers Daniel and Sean Cambell. Thought you might like it too. Published on January 15, 2014. 261 pages.

'The bleakest winter on record and a gruesome discovery bring DCI David Morton to the Hackney Marshes in search of a clue, any clue, as to the identity of a dead child found near the Old River Lea.

Meanwhile, closer to home, Morton's long suffering wife Sarah comes to the conclusion that her man has been doing more than work during his late nights at the office. As he closes in on the mystery of the boy's identity his life begins to crumble and a terrible wrong is done to someone he loves.

With all of London watching, Morton's impeccable ethics will be tested to their limit as he is forced to choose between doing what is right and what is legal.