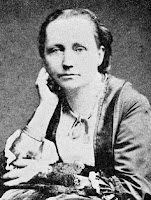 I came across this vintage, English author of women's dime novels today on New Project Gutenberg Books Facebook page. The book that caught my eye was a mystery, A Fair Mystery to be exact. So I set out researching to see if it would be anything I was interested in and I did get it and thought I would give her work a go. Seems she wrote mostly mushy love stories that were immensely popular and her books always included an English country house. There is a murder in A Fair Mystery, but that's about all I could find about it. She is best known for her book Dora Thorne, I downloaded that one too! 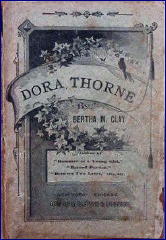 She had quite a difficult life it seems. She married a jeweler who turned out to be a drunkard and a poor businessman and she ended up supporting her family. She had 9 children of which only 4 made it to adulthood. Although her books were very popular she didn't make much money off of them due to piracy, particularly in America. Prior to 1891, there was no American law governing republication of foreign works. As a result, many American publishers reprinted foreign works without obtaining permission or paying authors, sometimes under false names, not even giving credit to the author that way! Many of her novels were published in America under the name Bertha M. Clay. Despite having wrote over 130 novels in her life she died owing money at the age of 48, her children were taken into guardianship, and her husband committed suicide a year and a half after she died. 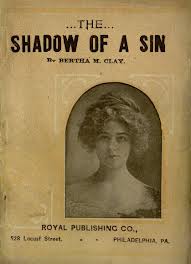 After her death American authors began to write additional “Clay” books in imitation of her style as they were so popular. This makes it very hard to figure out the origins of some books from this period. Thankfully there is a very detailed Brame bibliography at Victorian Secrets’ Victorian Fiction Research Guides