Crime Fiction Alphabet  letter V this week! Stop over at Kerrie's @ Mysteries in Paradise and see what everyone else is reading this week. 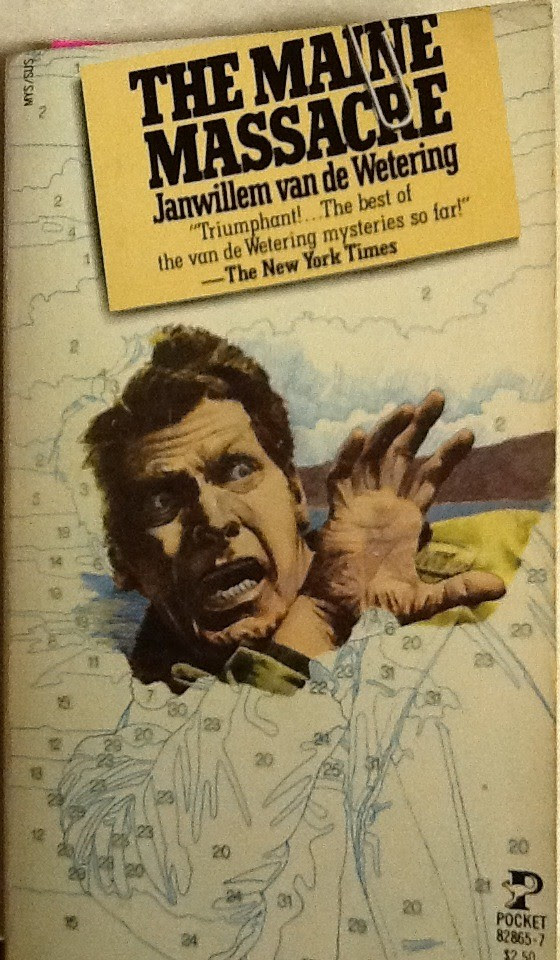 This is my first van de Wetering mystery. I picked it up because it is set in the state of Maine, one of my favorite places. I enjoyed it very much. This was also my first book with Dutchmen as the main characters and I enjoyed getting a view of Holland and their police force. I always thought of Holland as a snowy country and was surprised that it is wet and muddy not snowy and frozen. The two detectives were taken with the wide open spaces and the snow and ice in Maine. They had a lot of trouble driving in the weather and right off the bat got two cars stuck in a snow bank and had to be towed out and they had a hard time standing upright outside. I especially liked the sharp wit of van de Wetering.

Excellent complex mystery, involving a series of death that had been ruled accidents. The commissaris sister's husband was one of them. He goes over to America to help her settle the estate and move back to Amsterdam. Sergeant de Gier comes over to keep an eye on their beloved commissaris who has been ill lately and has bad rheumatism. The sister is very afraid and wants to get out of town as fast as possible and the new sheriff finds a file on the deaths and is sure there is something fishy going on and takes advantage of de Gier being there to help him get to the bottom of it. Not only were there the deaths, but something is going on with the property of those who died. The houses have set empty or burned down and no one seems to be buying or moving into these properties. There's something odd about the land ownership in the town of Jameson Maine also.

"Their all dead, Jan, all of them, I must get away. They are all dead now. There's only me left, me."

"Six houses on one line, south shore of Cape Orca. That was the main clue of course, the connection, the thread. Only one house occupied now; the Opdijk house. The others are empty and two of them burned down. Strange, wasn't it? Valuable property, left to rot, left for storms to blow through, for vandals to desecrate and ultimately destroy, to burn. Burn, that was the limit; they wouldn't burn by themselves. Right."