I recently discovered MHz Worldview Television! MHz WorldView is an independent, non-commercial public television network that broadcasts newscasts and other programs from around the world. One of my PBS sub-channels carries it. And every night at 9pm there is a different International Crime Drama on! Of course they have sub-titles but they are wonderful dramas and it's great fun watching how other countries do crime dramas. 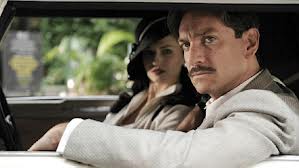 Inspector Nardone
Mario Nardone was a living legend in Milan in the 1950s and 60s. Based on the real-life historical figure who has been likened to an Italian Eliot Ness, Inspector Nardone arrives in Milan shortly after the Second World War, on a forced transfer from Parma where his no-nonsense temperament and innate sense of justice had gotten him into hot water with his superiors. Nardone is ironic, straightforward, persistently stubborn but endowed with a strong moral code and a great sense of humanity as he sets out to form a special squad to fight crime in the industrial capital of a prostrate Italy still under the effects of the war, and now torn asunder by political and economic contradictions. Starring Sergio Assisi, Giorgia Surina, Stefano Dionisi. In Italian with English subtitles. 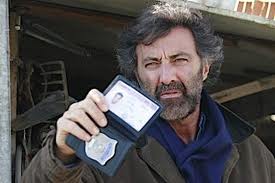 Fog and Crimes
Inspired by the best-selling crime novels by Valerio Varesi, Fog and Crimes features Chief of Police Franco Soneri, a man who’s not satisfied at simply identifying a culprit. As he and his team solve each case, they discover disturbing mysteries connected to the long shadow cast by WW II and the bitter conflict between the Fascists and the Partisans. Looking beneath the apparently calm and affluent world of the Ferrar countryside, Soneri seeks to understand the social context behind the crimes. The other main character in the series is the Po River, which dominates the region with its strength, beauty, mystery and power. It controls the landscape and the people who live there, and it always has. In Italian with English subtitles.

Valerio Varesi's books are available on Amazon but it appears only 2 are translated into English. click on the book cover to check it out.

Inspector Vivaldi
Inspector Federico Vivaldi is a veteran investigator with finely-honed instincts who works alongside his son Stefano, also a policeman. The two clash on account of the younger man's more rational approach to cases involving everything from trafficking to insurance fraud in the northeastern Italian city of Trieste - but the older Vivaldi, who is determined to win back his ex-wife Laura, usually manages to get the best out of his son, and even learns to accept Stefano's homosexuality. In Italian with English subtitles. 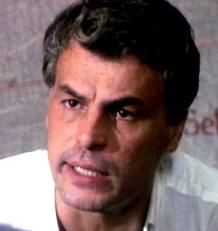 La Piovra (The Octopus)
is an acclaimed Italian Television drama miniseries about the Mafia. 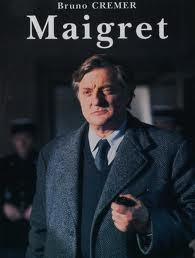 Maigret
Based on the novels by George Simenon
International film star Bruno Cremer brings the beloved Parisian Inspector Maigret to life in this definitive series of filmed adaptations of legendary writer Georges Simenon's bestselling crime novels. Sporting his pipe that seems a nod to Sherlock Holmes, the pragmatic, reserved and refined Maigret investigates murders in his singular unhurried manner and inevitably discovers the truth. To crack his cases he peels back the veneer of seemingly idyllic villages and neighborhoods, exposing the criminals who lurk in all levels of society. Against a backdrop of 1950s Paris and the surrounding French countryside, these original feature-length films pay homage to one of the most brilliant detective minds of the twentieth century. There are 54 episodes. In French with English subtitles. 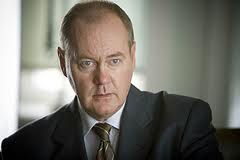 Maj Sjöwall and Per Wahlöö, a common-law wife and husband team of detective writers from Sweden. Together they conceived and wrote a series of ten novels (police procedurals) about the exploits of detectives from the special homicide commission of the national police in which the character of Martin Beck was the main protagonist. Both authors also wrote novels separately. For the Martin Beck series, they plotted and researched each book together then wrote alternate chapters.
Great site to read about each book here 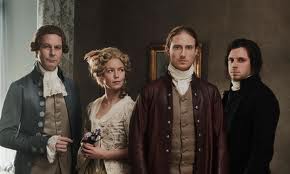 Anno 1790
is an innovative take on crime drama in which the hero is a controversial surgeon and police commissioner who uses unconventional means to solve murder cases during the Age of Enlightenment. The French revolution had taken place – a beacon of hope to the freethinkers across Europe, and a great threat to the reactionaries and those in power. "Anno 1790" is a 200-year-old modern crime story and shows life as it was in 18th century Stockholm. It was a city where tumbledown buildings stood alongside stately manors, and whores and beggars walked the same streets as rich merchants and noble women. The murder cases and the methods of solving them differ from those of our time. But the motives stay the same: revenge, greed, love, jealousy and politics. The main character Dåådh is a modern man with modern problems. In Swedish with English sub-titles.

If you don't see your local PBS sub-station listed here contact them and tell them to get this channel!