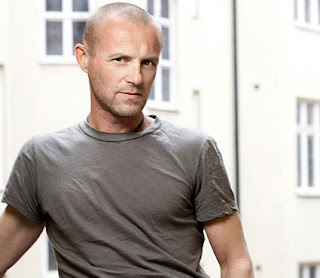 Known for his award winning Detective Harry Hole novels, Norwegian author, Jo Nesbo, was born in Oslo in 1960. Jo is also the lead singer and song writer for the Norwegian band Di Derre and has written three children's books. He has a degree in Economics and Business Administration and worked as a freelance journalist and stockbroker before beginning his writing career.


There are nine Harry Hole novels, seven have been translated into English. The order they were written in is a little confusing because they were not translated in order. For a nice list of the books in the correct order go here.

The series follows Harry Hole, a tough detective working to solve crimes on the streets of Oslo. He takes on murderers, bank robbers, gangsters and the establishment. The Harry Hole novels are violent and often feature women in peril, as typified by Snowman.

I won a copy of The Snowman in a blog giveaway over at The House of Crime and Mystery. It was quite different from my normal fare, but I did enjoy it. It was fast paced, addictive and edgy. Would I read another in the series? You bet! This series would make a great TV series!

from Amazon's book description:
'One night, after the first snowfall of the year, a boy named Jonas wakes up and discovers that his mother has disappeared. Only one trace of her remains: a pink scarf, his Christmas gift to her, now worn by the snowman that inexplicably appeared in their yard earlier that day. Inspector Harry Hole suspects a link between the missing woman and a suspicious letter he’s received. The case deepens when a pattern emerges: over the past decade, eleven women have vanished—all on the day of the first snow. But this is a killer who makes his own rules . . . and he’ll break his pattern just to keep the game interesting, as he draws Harry ever closer into his twisted web. With brilliantly realized characters and hair-raising suspense, international bestselling author Jo Nesbø presents his most chilling case yet—one that will test Harry Hole to the very limits of his sanity.'


Watch this video of Jo talking about the Harry Hole character!

This post is linked to Mysteries in Paradise Crime Fiction Alphabet:the Letter J!

Peggy Ann
Posted by Peggy Arthurs at 9:06 AM