Friday we went to visit Eric Brown, author of the Langham and Dupre mysteries and a friend of Jack's. On the way we stopped off at Cove, a wonderful old harbour and small hamlet.

The Cove Hamlet, that sits up above the harbour, was built to plan by Halls of Dunglass in 1809 to house the estates fishing and farming families. I didn't take any pics up top. It's the beautiful natural harbour or cove below that is what draws people.

From the early 1600's use was made of the natural harbour at Cove. In 1740 the first of several attempts were made to clear the basin and an access road was built. The present harbour was completed in 1831. The harbour, pier, breakwater, pier cottages and tunnel entrance are listed as structures of architectural and historic interest.

In 1794 there were 16 Cove fishermen, fathers and sons. After the new harbour was completed the population rose to 20 families and remained at about that level until 1920, when it started to decline. Visually the harbour and its cottages are much as they were in the 1800's, when they attracted artists. 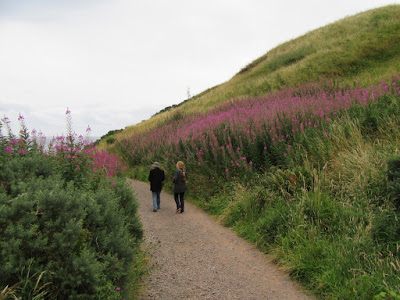 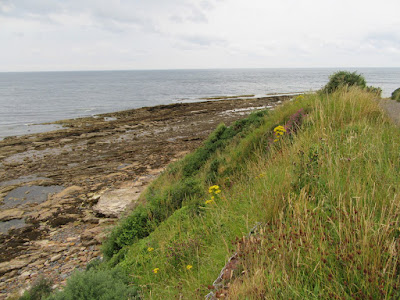 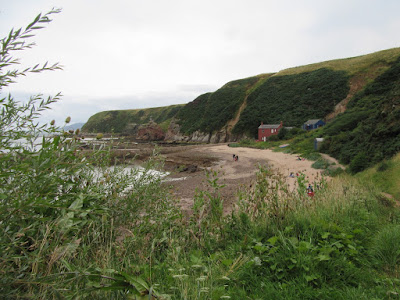 The pier cottages were built in the early 1800's and occupied until 1946, when the fishermen took them over for storage. 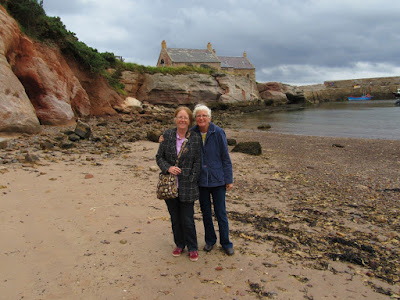 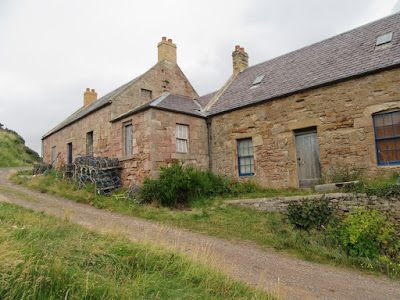 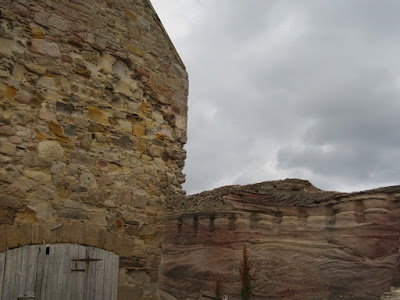 You can see the marks where another building once connected. 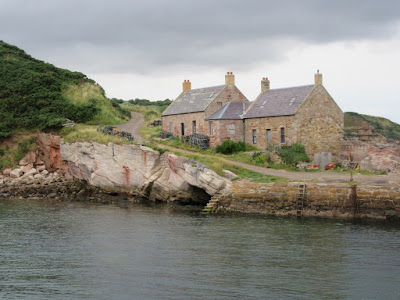 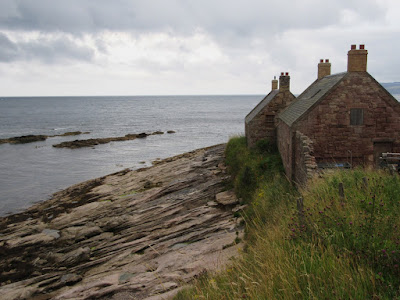 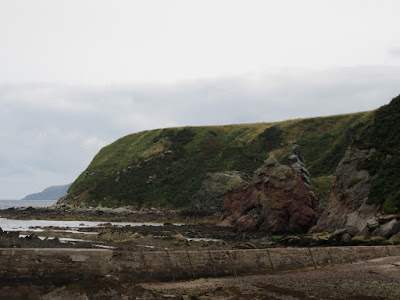 The tunnel had cellars, used for storing salmon and herring as well as cured and barreled white fish, leading off it. They were closed off in 1981. 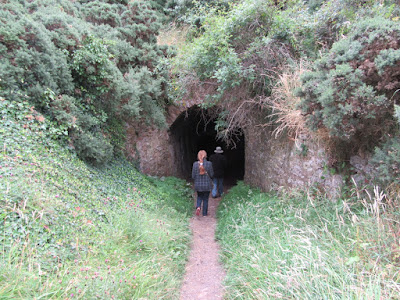 Originally herring and white fish were the main fish caught from this harbour. Now there are only two boats fishing out of it and they lobster and crab. A gorgeous place! And we were lucky to get there at low tide. 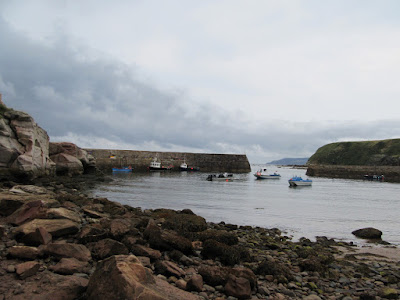 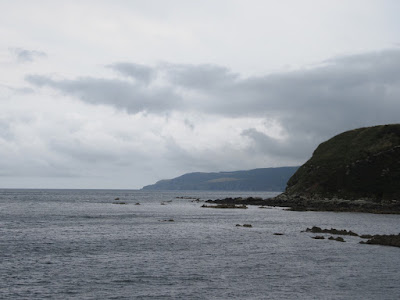 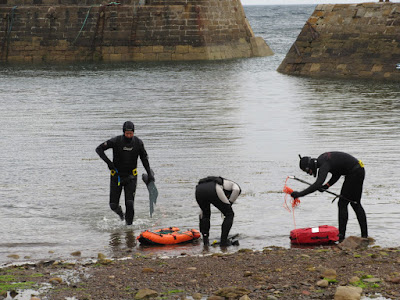 There is a monument at the top for the Great Fishing Disaster of 1881. Cove lost 4 boats and 11 out of 21 men in it. I'll tell you more about that in the next post! 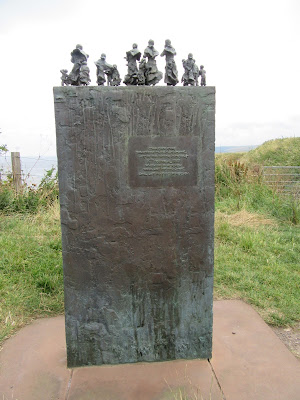 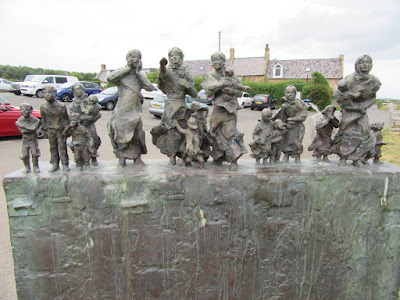 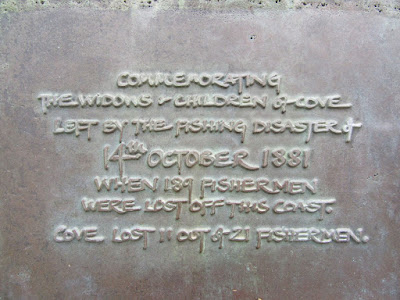 Posted by Peggy Arthurs at 8:30 AM